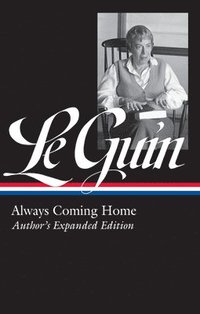 This fourth volume in the authoritative Library of America edition of Ursula K. Le Guin's work presents perhaps her finest achievement, Always Coming Home (1985), a lush novel in the form of an anthropologist's report of the Kesh society, a people who "might be going to have lived a long, long time from now" in a future California. An utterly original combination of fables and poems, songs and sketches, the original text of the novel is supplemented in this definitive new edition with never-before-published additional texts Le Guin 'translated' from the Kesh just before her death, including for the first time the complete text of the short novel-within-a-novel, Dangerous People. Also here are 100 pages of Le Guin's essays on the extraordinary composition of Always Coming Home, and all 100 of Margaret Chodos's original drawings. Set in a future Napa Valley, California, after an apocalypse caused by industrialization and environmental exploitation, the book concerns a matrilineal people who have learned to live in balance not only with their environment but between genders. Comprising interwoven stories, poems, histories, myths, and artwork, the book is--more even than Tolkien's Silmarillion--a complete imagining of a world, down to an alphabet and glossary of the Kesh language, recipes, and music.
Visa hela texten