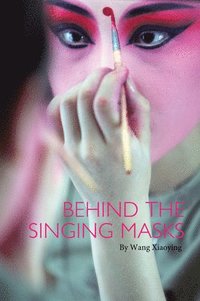 Behind the Singing Masks

av Wang Xiaoying, Wang Jiren
Häftad Engelska, 2014-10-30
199
Köp
Spara som favorit
Skickas inom 5-8 vardagar.
Fri frakt inom Sverige för privatpersoner.
In this contemporary Chinese novel, a family opera performers struggles to remain true to each other and their art as they are buffeted by political turmoil and personal drama. The eventful lives of three generations of outstanding Chinese opera performers form the framework of Behind the Singing Masks, a story of turmoil and resolution, both personal and political. Xie Yingge, a celebrated dan actor of Yue Ju (also known as Shaoxing Opera), grew up and thrived in an environment alive with music. But just as she and her art form were at their zenith in the 1960s, the Cultural Revolution arrived to tear them down. After the decade-long turmoil, as Xie Yingge was poised to revive her career, a stroke forced her to leave the stage for good. To perpetuate the stage persona she had devoted her life to creating, she directed, with the complicity of her younger sister and her stage partner, a play of masks that lasted sixteen years. Was it life imitating art or art imitating life? This engaging story of human frailties, magnified by political movements, is marked by betrayal but also dedication, both to loved ones and to art.
Visa hela texten

Bloggat om Behind the Singing Masks

Wang Xiaoying worked as a fiction editor at Meng Ya, a literary magazine. Transferring to the Shanghai Writers Association as a professional writer in 1985, she is now a member of the China Writers Association and a council member of the Shanghai Writers Association. Her main works include novels, novellas and collected works of prose, including Who Do You Defend, I'll Defend You, We Were in Love, and Vicissitudes of Life, which was awarded the National Outstanding Novella Prize in 1986 and is available in English. The novel Superb Artistry in Painting won her the Shanghai Culture and Arts Award in 1989, the National Outstanding Novel and Novella Award in 1998, and the People's Literature Magazine Award in 2001.