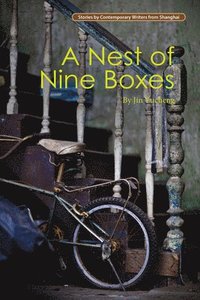 A Nest of Nine Boxes

av Jin Yucheng
Häftad Engelska, 2016-05-03
139
Köp
Spara som favorit
Specialorder (osäker tillgång). Skickas inom 11-20 vardagar.
Fri frakt inom Sverige över 159 kr för privatpersoner.
In this collection of Chinese short stories by prize-winning author, Jin Yucheng, the past experiences of the leading characters act as heavy shadows in their present-day lives. The development of the story-plots and complex ideas of these characters are interwoven with one another like riddles. The leading characters tirelessly explore the significance of life in the changing era and in their own life experiences. The Specimens My old friend Xiaohan was put behind bars for opening the mail of others. His wife Heiti thought that he had died, which was why she didn't come to see him in jail. Not long ago, a public document from a stranger reached my mailbox. Could this be related to Xiaohan? Using the return address from the public document, Heiti and I went there to look into it. A Nest of Nine Boxes For dozens of years, the grandmother had been chiseling the wall and digging into the ground. She was looking for things that her husband may have hidden. What was behind her unusual behavior? On the eve of moving away from the old house for relocation, the grandson accompanied his grandmother to search for the last time. They heard the collapse of the earthen wall and the many sounds resounding from the past. Late Winter-Long-Running Discontent Xiaoman and Aisheng were neighbors. Their homes were near the rail-tracks. In the adult world, there were complex and ambiguous relationships among Xiaoman's uncle, Aisheng's elder sister, Miss Wen, a teacher at the elementary school, and the woman teacher at the normal school. The two children boarded the train, seeking to find out the answer to all their questions. However, Aishen was stabbed due to a fight on the train. Would they still be able to find out the truth? A Crispness in the Air In a small water-borne town in turbulent war times, the boss of a salted meat shop had an unusual relationship with his adopted daughter Qiguan. She was somewhat ambiguously related to the shop-assistant Shousheng. The boss then wanted to get fresh with his maid A'Cai. He mysteriously disappeared after this. Afterwards, A'Cai left, a corpse was found by the lake, and a town police officer was found dead in the salted meat shop. Who was behind all this?
Visa hela texten

Jin Yucheng was born in Shanghai. He worked on a farm in Heilongjiang Province for seven years in his youth. In 1988, he became editor for novels at Shanghai Literature. He was chief editor of Adrift on a Red Ocean and Map of the City. He is currently executive deputy chief editor at Shanghai Literature and board member of the Shanghai Writers' Association. His novellas and short stories include Square Island, Bright Spots, Strange Land, Desire and A Crispness in the Air. His novel Flowers, published in 2014, won various literary honors, including entry in China Central Television's "Good Books of China," top spot on the Chinese Fiction Institution's fiction chart for 2012, the "novelist of the year" prize of Chinese Language Literature, the "Shi Nai'an Award" and the "Lu Xun Culture Award."