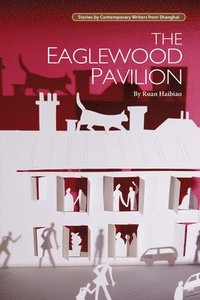 av Wu Xiaozhen, Wang Jiren
Häftad Engelska, 2016-05-03
159
Köp
Spara som favorit
Skickas inom 5-8 vardagar.
Fri frakt inom Sverige över 159 kr för privatpersoner.
The two stories in this collection of Chinese stories are related to the life of people living in the old urban area in Shanghai. The Eaglewood Pavilion In an old building in the Old Town area, the Eaglewood Pavilion was marked by a low door-lintel, worn-out door-leaves, a broken basket hung under the eaves, and disorderly interior structure. Its residents felt the increasing pressure of survival as they saw the city rapidly changing around them, and clashes between old and new concepts. Due to the small space of the rooms and undesirable living environment, Xiaomao's mother worried about the marriage of her son all day long. Grandpa Rice Wine had to live with his daughter-in-law and grandson under the same roof. Dawei and his wife found it unrealistic to give birth to a child. The son of Li Rihai stayed away from home, finding it impossible to live with his father, a former Taoist priest. The pavilion was about to be demolished to make way for a new development. The government planned to compensate these residents based on the size of their living space. Quarrels broke out among the neighbors as they tried to claim as much space as possible. An unexpected fire burnt down the pavilion. As these residents moved into new apartments according to the set plan, all the grudges were gone. This small old building embodies various aspects of human life and all kinds of feelings, enabling readers to experience the complexities of everyday living. The Loser This story recounts Master Chang Gen, a quack, as told by his young apprentice named Sancai. Even though he seemed ordinary, Master Chang Gen treated patients and saved their lives with his miraculous hands. He appeared to be able to deal with all kinds of illness and his small room was often filled with patients. However, it was found several years later that he was not a marvelous doctor and did not really heal his patients. This led to the sharp drop of his reputation in the community. Consequently, he had to work as a street vendor and lived in poverty. In the end, Chang Gen died unexpectedly from fear when a former patient threatened to sue if he couldn't find him a cure. Both the residents of the Eaglewood Pavilion and Master Chang Gen are examples in the changes during these times. With unique perspectives, the author depicts the changes in their lives while enabling readers to get to know the hardship of people living at the bottom of society.
Visa hela texten

Ruan Haibiao was born in 1955 in the Old Town of Shanghai. His work was first published in 1982. He graduated from the Department of Journalism at Shanghai TV University in 1988. In 1991, he joined the China Writers' Association. He is a full-time writer at the Shanghai Writers' Association. His published works include novels such as A Stutterer on Chicken, Autumn on the Steps of the Ruins of Yi Pin Xiang, The Store that Sells Boiling Water, Legacy, novelettes, short stories, essays and reportage. His solicited essay entitled Shanghai Natives in This Circle was given an award by Literature Press. His novel Death Is Easy won the Third Youth Literature Prize in Shanghai, the 1988 Shanghai Literary Rookie Award, and the 1990 Excellent Novel in Shanghai in 40 Years Award; another novel Immortal Desire won the 1984 National Book Award for Civilization and Progress. There is also An Anthology of Works of Ruan Haibiao.