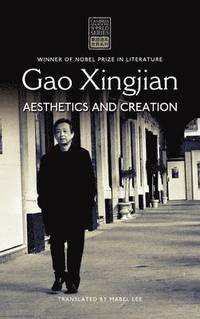 av Xingjian Gao
Inbunden Engelska, 2012-11-28
1139
Köp
Spara som favorit
Skickas inom 10-15 vardagar.
Fri frakt inom Sverige för privatpersoner.
Nobel Laureate Gao Xingjian is amongst the most challenging writers of the present era. He has probed the dynamics of Chinese and European literature and developed unique strategies for the writing of seventeen plays, two novels, a collection of short stories and a collection of poems. He has also written two collections of criticism. The present collection takes the title Aesthetics and Creation from the name of the Chinese collection from which most of these essays are drawn, but it also includes some of Gao's most recent unpublished essays. University of Sydney academic Mabel Lee is the translator, and the book also includes her authoritative introductory essay that contextualizes Gao's significant position as an independent and uncompromising voice in the noisy hype of the globalized world of the present in which creative writers and artists are forced to conform with the demands of political and other group agendas, or with market forces, in order to survive. In incisive and cogently argued essays, he exposes the political dynamics of so-called "modernity" in Western literature and art, and how this has been enthusiastically embraced in China since the 1980s. In other essays he analyses traditional and modern European and Chinese notions of fiction, theatre and art, and elaborates on what aspects of writers and artists from both cultures have informed him in developing his own aesthetics in narration, performance and the visual arts. These essays testify to the extent of the cosmopolitanism of his aesthetics that both informs and are manifested in his literary and art creations.
This book has importance and relevance to the general reader with an interest in literature and art as a creative human pursuit that is not demarcated by national or cultural boundaries. This book is both indispensable and inspiring reading for intellectuals and informed readers who regard themselves as citizen of the world. For academics, researchers and students engaged in the disciplines of literature and visual art studies, world literature studies, comparative literature studies, performance studies, theatre studies, cultural studies, narrative fiction studies, and studies in the history of literature and the visual arts in modern times, this book is essential and thought-provoking reading that will have many positive outcomes.This book is in the Cambria Sinophone World Series (General Editor: Victor H. Mair).
Visa hela texten