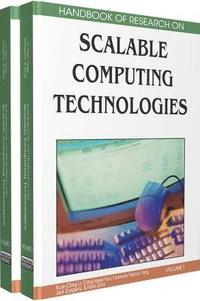 Kuan-Ching Li received PhD and MS degrees in electrical engineering and Licenciatura in mathematics from the University of Sao Paulo (Brazil). After he received his PhD, he was a postdoctoral scholar at the University of California - Irvine (UCI) and University of Southern California (USC). His main research interests include cluster and grid computing, parallel software design, and life science applications. He has authored over 60 research papers and book chapters, and is the co-editor of the Handbook of Research on Scalable Computing Technologies (IGI Global) and volumes of LNCS and LNAI (Springer). He has served as a guest editor of a number of journal special issues, including The Journal of Supercomputing (TJS), the International Journal of Ad Hoc and Ubiquitous Computing (IJAHUC), and the International Journal of Computer Applications in Technology (IJCAT). In addition, he has served on the steering, organizing, and program committees of several conferences and workshops, including conference co-chair of CSE'2008 (Sao Paulo, Brazil) and program co-chair of APSCC'2008 (Yilan, Taiwan) and AINA'2008 (Okinawa, Japan). He is a senior member of the IEEE. Ching-Hsien Hsu received the BS and PhD degrees in computer science from Tung Hai University and Feng Chia University (Taiwan, 1995 and 1999, respectively). He is currently an associate professor with the Department of Computer Science and Information Engineering at Chung Hua University (Taiwan). Dr. Hsu's research interests are primarily in parallel and distributed computing, grid computing, P2P computing, RFID, and services computing. Dr. Hsu has published more than 80 academic papers in journals, books, and conference proceedings. He was awarded annual outstanding researcher by Chung Hua University (2005, 2006 and 2007) and got the excellent research award (2008). He is serving on a number of editorial boards for various journals, including the International Journal of Communication Systems, the International Journal of Computer Science, the International Journal of Grid and High Performance Computing, the International Journal of Smart Home, and the International Journal of Multimedia and Ubiquitous Engineering. Laurence T. Yang is a professor with the Department of Computer Science at St Francis Xavier University (Canada). His research includes high performance computing and networking, embedded systems, ubiquitous/pervasive computing, and intelligence. He has published around 300 papers (including over 80 international journal papers such as IEEE and ACM Transactions) in refereed journals, conference proceedings, and book chapters in these areas. He has been involved in more than 100 conferences and workshops as a program/general/steering conference chair and more than 300 conference and workshops as a program committee member. He served as the vice-chair of IEEE Technical Committee of Supercomputing Applications (TCSA) until 2004, currently is the chair of IEEE Technical Committee of Scalable Computing (TCSC), and the chair of IEEE Task force on Ubiquitous Computing and Intelligence. In addition, he is the editor-in-chief of several international journals and a few book series. He is serving as an editor for numerous international journals. He has been acting as an author/co-author or an editor/co-editor of 25 books from Kluwer, Springer, IGI Global, Nova Science, American Scientific Publishers, and John Wiley & Sons. He has won 5 Best Paper Awards (including the IEEE 20th International Conference on Advanced Information Networking and Applications (AINA-06)) and 1 Best Paper Nomination in 2007; as well as a Distinguished Achievement Award, 2005; and Canada Foundation for Innovation Award, 2003. Jack Dongarra holds an appointment at the University of Tennessee and holds the title of distinguished research staff at Oak Ridge National Laboratory (ORNL), Turing fellow at the University of Manchester. He was awarded the IEEE Sid Fernbach Award (2004) for his contributi