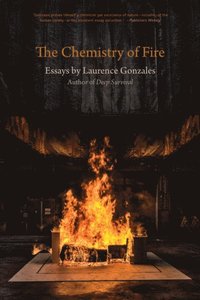 av Gonzales Laurence Gonzales
E-bok (EPUB - DRM), Engelska, 2020-11-20
289
Ladda ned
Spara som favorit
Laddas ned direkt
Läs i vår app för iPhone, iPad och Android
Finns även som
Visa alla 1 format & utgåvor
&quoteGonzales (Flight 232), a former National Geographic feature writer, proves himself a chronicler par excellence of nature-including of the human variety-in this excellent essay collection. The psychological nuance and vivid detail throughout will dazzle readers.&quote-Publishers Weekly starred review, July 2020In 1989, Laurence Gonzales was a young writer with his first book of essays, The Still Point, just published by the University of Arkansas Press. Imagine his surprise, one winter day, to receive a letter from none other than Kurt Vonnegut. &quoteThe excellence of your writing and the depth of your reporting saddened me, in a way,&quote Vonnegut wrote, &quotereminding me yet again what a tiny voice facts and reason have in this era of wrap-around, mega-decibel rock-and-roll.&quoteSeveral books, many articles, and a growing list of awards later, Gonzales -- known for taking us to enthralling extremes - is still writing with excellence and depth. In this latest collection, we go from the top of Mount Washington and &quotethe worst weather in the world,&quote to 12,000 feet beneath the ocean, where a Naval Intelligence Officer discovers the Titanic using the government's own spy equipment. We experience night assaults with the 82nd Airborne Division, the dynamiting of the 100-foot snowpack on Going-to-the-Sun Road in Glacier National Park, a trip to the International Space Station, the crash of an airliner to the bottom of the Everglades, and more.The University of Arkansas Press is proud to bring these stories to a new era, stories that, as with all of Gonzales's work, &quotefairly sing with a voice all their own.&quote (Chicago Sun-Times)
Visa hela texten