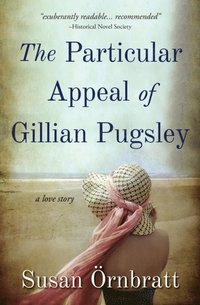 av Susan Ornbratt
E-bok (EPUB - DRM), Engelska, 2015-04-23
89
Ladda ned
Spara som favorit
Laddas ned direkt
Läs i vår app för iPhone, iPad och Android
Finns även som
Visa alla 1 format & utgåvor
To satisfy her wandering feet, eighteen-year-old Gillian McAllister is sent from Ireland to Canada in the summer of 1932. She arrives with her Irish ways intact, determined not to let the wiles of crop duster Christian Hunter woo her into submission. Yet as the summer unfolds and the sweet taste of love grows, Gillian's appeal lures more than she anticipates, shattering the life they've built. Fourteen years, a Great Depression, and a World War later, Christian sets out to discover why Gillian was ripped from his life. What he discovers on the Isle of Man will change them both forever. Not even a thatched cottage by the sea, a spritely Gillian, or memories sprinkled on a page can mask the secret that has been buried for too long. But it isn't until a set of poems is given to Gillian's granddaughter that the real mystery-Gillian's true secret-is freed. Benjamin Franklin Silver Medal Award.
Visa hela texten