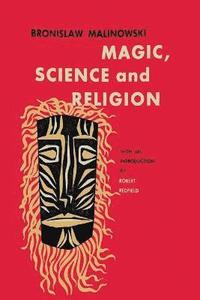 av Bronislaw Malinowski
Häftad Engelska, 2015-02-16
173
Köp
Spara som favorit
Fåtal ex i lager. Skickas inom 1-2 vardagar.
Fri frakt inom Sverige för privatpersoner.
2015 Reprint of 1954 Edition. Full facsimile of the original edition. Not reproduced with Optical Recognition Software. In his handling of science, magic, and religion, Malinowski essentially accepted the traditional Western conception of a dual reality-the reality of the natural world, grounded in observation and rational procedures that lead to mastery, and supernatural reality, grounded in emotional needs that give rise to faith. Unlike Frazer, for example, Malinowski derived science not from magic but from man's capacity to organize knowledge, as demonstrated by Trobriand technical skills in gardening, shipbuilding, etc. In contrast, he treated magic, which coexisted with these skills, as an organized response to a sense of limitation and impotence in the face of danger, difficulty, and frustration. Again, he differentiated between magic and religion in defining magical systems as essentially pragmatic in their aims and religious systems as self-fulfilling rituals organized, for example, around life crises.
Visa hela texten