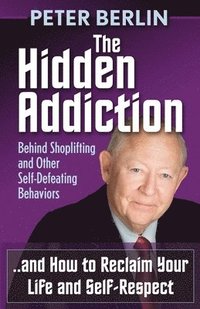 Behind Shoplifting and Other Self-Defeating Behaviors

av Peter Berlin
Häftad Engelska, 2013-04-01
179
Köp
Spara som favorit
Skickas inom 5-8 vardagar.
Fri frakt inom Sverige för privatpersoner.
Finns även som
Visa alla 1 format & utgåvor
The HIDDEN ADDICTION Behind Shoplifting and Other Self-defeating Behaviors is based on the premise that people don't want to make their life any harder than it is and that when they are shown who they really are as individuals and how to easily change their thinking and beliefs which are false or self-destructive, they can be guided to significantly alter their life solely on their own steam. The goal is to strengthen people to be who they want to be by presenting core issues in life rarely taught at home or in school in this practical and unique manner.
Visa hela texten

Peter Berlin has appeared on national TV, radio, in magazines and news media for over 30 years as a person who initially apprehended and interviewed shoplifters in retail stores and later founded the first national non-profit organization to help rehabilitate offenders. After receiving a BS degree in Psychology from Long Island University, Mr. Berlin later began working in retail stores interviewing shoplifters and dishonest employees and began to discover how many otherwise decent people engage in self-defeating behaviors without ever understanding why. . .or how to resolve their addictive patterns. He later discovered that the same stress, overreaction and inability to cope that lead people to shoplift is also replicated in other self-defeating behaviors. Mr. Berlin later began working with prosecutors, judges and probation personnel in juvenile and criminal courts to enroll shoplifters into education programs which he developed with a staff of psychologists. His national education programs have been accepted in thousands of courts in 46 states. Mr. Berlin also joined the prestigious Price Waterhouse firm and became the head of international consulting on retail theft to more than 100 retail firms worldwide. He published international monthly newsletters for 24 years. Mr. Berlin is a speaker and writer on the resolution of self-defeating behaviors.