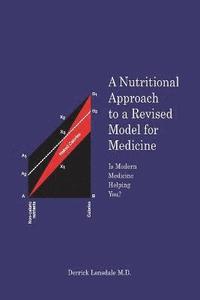 A Nutritional Approach to a Revised Model for Medicine

Is Modern Medicine Helping You?

av Derrick Lonsdale
Häftad Engelska, 2013-03-20
105
Köp
Spara som favorit
Finns även som
Visa alla 1 format & utgåvor
With its expansive empire, boundless wealth, glorious architecture, and advanced military, Rome was the apex of civilization in the ancient world. However during its very height, many of Rome's leading citizens were inadvertently poisoning themselves with the lead glazing that was widely used in wine containers at the time. Is it possible that today, we are doing the same thing to ourselves with sugar? Could the obesity epidemic, diabetes and the outbreak of a host of other almost completely unrecognized diseases, be the result of our present dietary mayhem? That's the view expressed in A Nutritional Approach to a Revised Model for Medicine. In this illuminating book, author Derrick Lonsdale M.D. draws attention to the dangers of the prolific ingestion of sugar that is so widespread today. The book cites case reports to illustrate these dangers and to emphasize the ease with which symptoms may be stemmed in the early stages. However the book also makes it clear that if symptoms are left unrecognized and behavior is left unmodified, these same symptoms become less treatable, giving rise to chronic diseases and other serious health problems. About the Author: Derrick Lonsdale M.D. was born in Lancashire, England and earned an MB. BS. at London University. He worked in medical practice for 64 years, eventually retiring at the age of 88. Dr. Lonsdale is a Fellow of the American College for Advancement in Medicine (ACAM), an international professional organization that represents the alternative medicine field. Dr. Lonsdale has written two previous books on the subject of alternative medicine and published over 100 medical papers. Publisher's website: http://sbpra.com/DerrickLonsdale
Visa hela texten