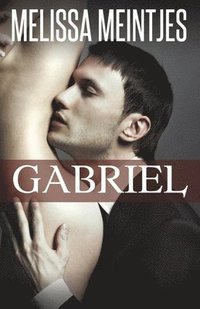 av Melissa Meintjes
Häftad Engelska, 2016-02-29
259
Köp
Spara som favorit
Skickas inom 10-15 vardagar.
Fri frakt inom Sverige för privatpersoner.
It is an erotic thriller with strong romantic elements.
Dorothy Clever is a stripper who becomes a pornography star at a place called the Dungeon. . She eventually becomes the girlfriend of one of the male pornography stars, called Eric. Eric mistreats her, and even kicks her. Meanwhile she dreams about a man who watches her through her pornography productions who is a perfect gentleman and who is very beautiful. She eventually attempts suicide, and goes to the hospital. Meanwhile the man of her dreams called Gabriel Strife starts looking for her and finds her in the hospital and then decides to take her home with him to Miami.
Natasha, Gabriel Strife's neighbor searches for photos of him online by typing the word Gabriel (because that is all she knows about him) in to the Facebook search engine. She finds another Gabriel who is identical to her neighbor, but instead calls himself a "faggot." Eventually a romance ensues.

I was born in Miami, Florida. I moved around throughout my childhood. I lived in Guatemala, Colombia, Canada, England, and Texas. I graduated from the University of Miami, with a degree in accounting.
Visa hela texten