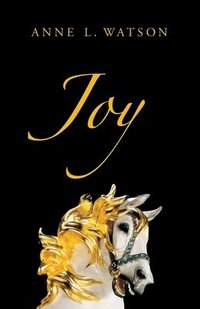 av Anne L Watson
Häftad Engelska, 2017-01-17
209
Köp
Spara som favorit
Skickas inom 10-15 vardagar.
Fri frakt inom Sverige för privatpersoner.
Finns även som
Visa alla 1 format & utgåvor
In the Oakland, California, of 1989, Mirai San Julian is a young woman with a fascinating life and a rich past. She restores historic carousels -- her dream career -- working from her own studio in a former roller skating rink. Though black herself, she spent her first years in a Basque immigrant community in Nevada, the adopted child of a single mother. And after the mother's death, she was raised by her Aunt Joy in a Catholic Worker house. Mirai has a lot going for her -- but then, why is everything suddenly falling apart? Her current, year-long carousel project is veering crazily out of control, in both schedule and budget. The guy who dumped her only months before has shown up married and -- as far as Mirai is concerned -- to the worst possible person. Her mother's death long ago is looking less and less like an accident. And Joy, the one person who has had her complete trust, may know more about that death than she has let Mirai believe. Mirai knows how to restore a carousel, but can she restore relationships with those she loves? Can she strip the old paint of past wrongs to prepare her life for new, more vibrant colors? And will her eyes be clear enough to spot the brass ring when it finally comes within reach? ///////////////////////////////////////////////// Anne L. Watson, a retired historic preservation architecture consultant, is the author of several novels, plus books on such diverse subjects as soapmaking and baking with cookie molds. She currently lives in Friday Harbor, Washington, in the San Juan Islands, with her husband and fellow author, Aaron Shepard. ///////////////////////////////////////////////// SAMPLE "Whoa, Mirai! Remember us?" The crew had gathered at the only big table in the Clearwater Cafe. I'd been so wrapped up in my own problems, I hadn't even seen them. They were all there -- Evangeline, Harvey, Mr. Papadakis. And Will. Neither fight nor flight was practical. I sat down at the table. The waitress hurried to me with a coffeepot and mug. I ordered the special and sipped my coffee. "Clearwater" was certainly the word for that coffee -- they must have named the restaurant after it. I glanced around the table, skipping over Will. Mr. Papadakis caught my eye. "What's the agenda?" he asked. "We'll go to the park as soon as we're done here. Check out the carousel, then have lunch with the committee. We have to give the owners a preliminary report tomorrow morning." Evangeline smiled. "How long are you staying?" she asked me. "All week. You?" "I'll stay awhile. I may want to work on things in place." In Evangeline's case, "awhile" could mean several months. She had an answering service, but no permanent address. At the moment, I envied her. Harvey shook his head. "I'm leaving tomorrow night. I'll come back later, when the work on the building starts. For now, a couple of days will do it." It was Will's turn, so I had to look toward him then. He sat quietly, holding a coffee cup. Will had never worn jewelry, but now a ring glinted on his finger. A plain gold ring on the fourth finger of his left hand. A wedding ring.
Visa hela texten