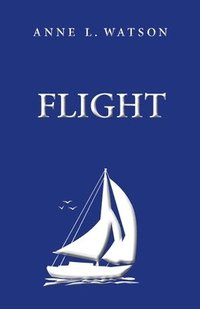 av Anne L Watson
Häftad Engelska, 2017-01-18
179
Köp
Spara som favorit
Skickas inom 10-15 vardagar.
Fri frakt inom Sverige för privatpersoner.
Finns även som
Visa alla 1 format & utgåvor
One day she is Linda Farley, a senior in a San Diego high school, with a talent for art, an annoying younger brother, two loving parents, and a prospective boyfriend. Three days later, she is Lainie Foster, hiding with her mother and brother in Olympia, Washington. That's how fast things change after Linda's mother tells her that her father has been caught by the feds in a Mafia money laundering scheme and that the rest of the family has been placed in the Witness Protection Program. By the rules she's given, she must stay out of school, cut off contact with anyone back home, and never tell anyone what has happened. Linda -- now Lainie -- does her best, but in navigating her new life, she faces a number of questions. How could her father do something so contrary to her image of him? Why is her mother so familiar with their new city? How can she pursue a career in art without going to school? What must she do to save her brother from the worst effects of the upheaval? And who is that dark-haired woman she keeps spotting in front of the house? Then there's the biggest question of all: Is she Linda or is she Lainie? Because, in the end, is the choice really anyone's but hers? ///////////////////////////////////////////////// Anne L. Watson, a retired historic preservation architecture consultant, is the author of numerous novels, plus books on such diverse subjects as soapmaking and baking with cookie molds. She currently lives in Friday Harbor, Washington, in the San Juan Islands, with her husband and fellow author, Aaron Shepard. ///////////////////////////////////////////////// SAMPLE "Lainie," Mom said, her voice a little gentler, "we have to follow the rules, whether we like them or not." "The rules are nuts, Mom," I protested. "Like making us keep our old initials. So the Mafia is too stupid to check the passenger lists for trains and planes leaving Southern California? You think they won't look for two A.F.'s and an L.F. with one-way tickets to the same place?" Mom moved to the right to let a tailgating Jeep speed ahead. "That's one reason we're splitting up," she said. "WITSEC has never lost anyone who followed the rules," she said. "WITSEC?" I yelped. "Who the hell is that?" "The Witness Security Program. That's its other name." Sheesh. WITSEC. Like the FBI was such a buddy, we needed to give them a nickname. My face itched, and I rubbed it hard. "Don't do that," Mom said. "You'll rub off your makeup." "It feels like dirt. I don't know how you put up with it." "You get used to it. Especially when you have more important things to worry about." Well, we had that, in spades. I'd just dumped someone I really wanted to go out with. I wouldn't be going to art school next year, because that's what Linda Farley would have done. I had to be someone else, probably forever. Compared to that, grease all over my face really was a detail. &nb
Visa hela texten