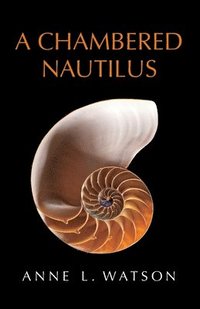 av Anne L Watson
Häftad Engelska, 2020-09-10
179
Köp
Spara som favorit
Skickas inom 10-15 vardagar.
Fri frakt inom Sverige för privatpersoner.
Nita walked away from her family when she was seventeen years old, determined to never look back. But forty years later, when her mother died and her father descended into Alzheimer's, Nita returned to New Orleans to care for him in his final months.

Now her father has passed on, leaving to Nita her childhood home as an inheritance. But she soon finds she isn't the only resident. The house is occupied by ghosts of her past, playing out scenes of the life she fled.

What are they trying to tell her? Will they ever leave her in peace? And are they really spirits, or only visions, emerging from sealed-off depths of memory as from the shell of a chambered nautilus?

Anne L. Watson, a retired historic preservation architecture consultant, is the author of several novels, plus books on such diverse subjects as soapmaking and baking with cookie molds. A former resident of New Orleans -- the setting of "A Chambered Nautilus" -- she currently lives in Bellingham, Washington.

At the restaurant, we found a corner table a little away from other patrons. When we'd ordered, Enid sipped her ice water. "Tell me more," she said.

"I've been seeing ghosts in the house," I said. "Or maybe they're not ghosts. A friend of mine calls them visions."

A bad start. I tried again.

"I think I told you I'd been a caregiver for my father? Well, he was living in the house I grew up in, and now it's mine. But I keep seeing him -- and my mom, and my sister and brother, and me -- all over the house."

"Really? What are these visions about?"

"Scenes from the past. I suppose it sounds crazy."

"Not at all. You said your dad passed away recently? What about your mom?"

"She died a few years ago. Suddenly. That's when we found out Dad had Alzheimer's."

"So you were his caregiver after that. Are your brother and sister still living?"

"Yes. I'm closer to my sis than to my brother."

"My guess is the 'ghosts' are leftover emotional energy from intense experiences in the house. I gather they're not doing everyday tasks like peeling apples and mopping floors."

"Mostly not. But even the everyday, normal things they do feel intense."

She nodded. "I can see why. What else did your friend say? The one who called them visions."

"That it was a form of teaching. That they'd go away once I learned what I needed to."