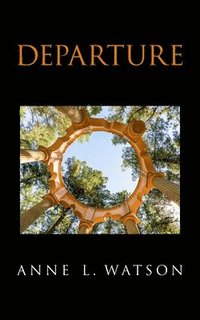 av Anne L Watson
Häftad Engelska, 2017-01-18
149
Köp
Spara som favorit
Skickas inom 10-15 vardagar.
Gratis frakt inom Sverige över 159 kr för privatpersoner.
When Henry "wakes up," he finds himself walking along an empty stretch of road on modern-day San Juan Island. He doesn't remember much about himself, besides his name and the fact that he's dead. How did he die? How long ago? What was his life? Did he have a family? Why is he still on the island? And most important, what is a ghost like him supposed to do now? On Henry's journey of discovery, he meets another ghost in the same predicament-a little girl named Charlotte. Together they navigate the byways of the island and of their own memories, in search of the keys that will finally free them for departure. Part ghost story, part historical novel, part fable, Anne L. Watson's latest offering weaves island lore, human insight, and spiritual wisdom into a magical tale of redemption and fulfillment. ///////////////////////////////////////////////// Anne L. Watson, a retired historic preservation architecture consultant, is the author of numerous novels, plus books on such diverse subjects as soapmaking and baking with cookie molds. She currently lives in Friday Harbor, Washington, in the San Juan Islands -- the setting of "Departure" -- with her husband and fellow author, Aaron Shepard. ///////////////////////////////////////////////// SAMPLE I went down to the harbor, which was only a couple of blocks from the big shop. A little girl was sitting on a bench there, crying, and I knew she was a ghost, too. She was a pretty little thing, maybe ten years old. She had on a fancy pink party dress, ribbons in her curly yellow hair, shiny black shoes. She looked like one of the rich children from my time. Or maybe a while later, I thought, studying her. She was like children I'd seen, but just a touch different. Of course, I'd never have spoken to a rich man's little girl when I was alive. But now that we were both dead, why not? So, I went to her and knelt on the ground. "What's the matter?" I asked. She sobbed. "I want my mother." I sighed. I didn't really think I could help, but it tugged at me. I was sure I hadn't had children, but somehow, a little girl crying for her mother was something I couldn't ignore. "Where is she?" "I don't know!" she wailed. "We could look for her," I suggested. "But I don't think she's around here. At least, I haven't seen any women likely to be her." I wanted to ask if her mother was dead. Or if she realized that she was. I thought she probably knew, but it didn't seem polite to ask. I guess children don't worry so much about that kind of thing, because the next words out of her mouth were, "You're a ghost." I nodded. "So are you." She didn't pipe up and agree with me, but she didn't disagree, either. "Where are the others?" she asked. "Which others?" "The other ghosts. We can't be the only ones." It was a good question. I didn'
Visa hela texten