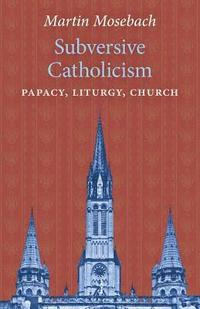 MARTIN MOSEBACH, born in Frankfurt am Main, studied law, and has published eleven novels, many short stories, essays, poems, scripts for dramas, opera libretti, theater pieces, and radio plays. He is actively engaged in dialogue on contemporary issues through contributions to daily papers & magazines. Apart from many other awards, he was honored in 2007 with Germany's foremost literary award, the "Georg-Bchner-Preis," in 2013 with the "Literature-Award of the Konrad-Adenauer-Foundation," and in 2015 with the "Goethe-Award of the City of Frankfurt am Main." His most recent books include The Heresy of Formlessness: The Roman Liturgy and Its Enemy (Angelico, 2018), and The 21: A Journey into the Land of Coptic Martyrs (Plough, 2019).

part i: the pope in rome

Pope Without a Country 11

part ii: liturgy in the church

Praying and Dying [41]—The Churchy Type and “Pius

by their fruits you shall know them… 59

but to weaken it [62]—By its own standards the “pastoral”

not stand up to detailed examination [64]—The reform of the

The Old Roman Missal: Between Loss

Return to Form: The Fate of the Rite is

the Fate of the Church 87

part iii: christians in the world

God Must Be in Europe’s Constitution 103

The Anarchism of Mercy 107

On the Value of Proscription 113

A German Pilgrim in Chartres 119

A Magical Place: Lourdes and the Pilgrims 125

in praise of the lourdes madonna 141