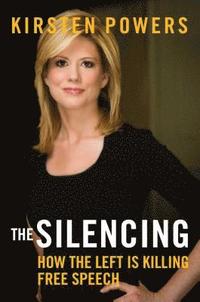 How the Left is Killing Free Speech

av Kirsten Powers
Inbunden Engelska, 2015-05-11
329
Köp
Spara som favorit
Skickas inom 3-6 vardagar.
Fri frakt inom Sverige för privatpersoner.
*A New York Times bestseller!* Free speech and freedom of conscience have long been core American values. Yet a growing intolerance from the left side of the political spectrum is threatening Americans' ability to freely express beliefs without fear of retaliation. USA Today columnist and Fox News contributor Kirsten Powers calls it "The Silencing" Powers chronicles this forced march toward conformity in an expose of the illiberal tactics deployed to shut down debate on some of the most important issues of the day. How is it that liberalism, once associated with open-mindedness and reason, has become a vehicle for irrational prejudice, ideological conformity, and the marginalization of dissent? What is happening to free speech in America?
Visa hela texten

"A searing and courageous indictment of the growing intolerance of the American left--written with passion and eloquence by one of the nation's most principled and fair-minded liberals. An important book on a subject many are simply too afraid to touch." --Charles Krauthammer, Pulitzer Prize--winning syndicated columnist and author of the #1 New York Times bestseller Things That Matter "Kirsten Powers convincingly calls out her fellow liberals for being astonishingly illiberal. A great read." --Brit Hume, Fox News senior political analyst "Kirsten Powers explodes and skewers 'The Silencing'--the demonizing and repression of different views, especially conservative views. Here is a liberal calling out other supposedly liberal people who claim to believe in free speech but tell all who disagree with them to shut up. Hallelujah--you are lucky to have this book in your hands!" --Juan Williams, Fox News political analyst and New York Times bestselling author of Muzzled "I salute my friend Kirsten Powers for boldly and eloquently breaking the spiral of silence on silencing." --Eric Metaxas, New York Times bestselling author of Miracles and Bonhoeffer "Tolerance and free expression are founding values of our republic and yet they're under attack from the extreme wings of the American political spectrum. Shining a harsh light on the 'illiberal left,' Kirsten Powers exposes a grim campaign to silence speech. This is an important book." --Ron Fournier, senior political columnist and editorial director of National Journal "In this examination of the multiplying attacks on freedom of speech, Kirsten Powers casts a cool eye on the damages done to politics, academia, and civic discourse by the aggressive assertion of a perverse new entitlement. It is the postulated right to pass through life without being disturbed, annoyed, offended, or discomposed by the expression of anyone else's thoughts." --George F. Will, Pulitzer Prize--winning syndicated columnist and author of the New York Times bestseller A Nice Little Place on the North Side

Kirsten Powers is a Fox News contributor and columnist for USA Today. Powers has been called "Fox's liberal to be reckoned with" by Mediaite and "an outspoken liberal journalist" by the Columbia Journalism Review. The Women's Media Center lauded Powers as a "trailblazer," "powerful," and an "exceptional professional." Prior to her career in journalism, Powers worked in Democratic Party politics and the Clinton administration. She has been published in the Wall Street Journal, New York Observer, New York Post, The Daily Beast, Elle, Salon.com, and the American Prospect online. A native of Fairbanks, Alaska, and graduate of the University of Maryland at College Park, Powers currently resides in Washington, D.C.