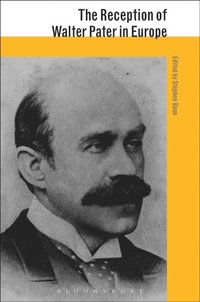 av Bann Stephen Bann
E-bok (EPUB - DRM), Engelska, 2013-02-14
529
Ladda ned
Spara som favorit
Laddas ned direkt
Läs i vår app för iPhone, iPad och Android
Finns även som
Visa alla 3 format & utgåvor
Just over a century after his death, Walter Pater's critical reputation now stands as high as it has ever been. In the English-speaking world, this has involved recovery from the widespread neglect and indifference which attended his work in the first half of the twentieth century. In Europe, however, enthusiastic disciples such as Hugo von Hofmannsthal in the German-speaking world and Charles Du Bos in France, helped to fuel a growing awareness of his writings as central to the emergence of modernist literature. Translations of works like Imaginary Portraits, established his distinctive voice as an aesthetic critic and his novel, Marius the Epicurean, was enthusiastically received in Paris in the 1920s and published in Turin on the eve of the Second World War. This collection traces the fortunes of Pater's writings in these three major literatures and their reception in Spain, Portugal, Poland, Hungary, and the Czech Republic.
Visa hela texten