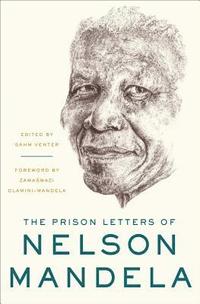 The Prison Letters of Nelson Mandela

av Nelson Mandela, Sahm Venter
Inbunden Engelska, 2018-07-10
279
Köp
Spara som favorit
Skickas inom 7-10 vardagar.
Gratis frakt inom Sverige över 159 kr för privatpersoner.
Arrested in 1962 as South Africa's apartheid regime intensified its brutal campaign against political opponents, forty-four-year-old lawyer and African National Congress activist Nelson Mandela had no idea that he would spend the next twenty-seven years in jail. During his 10,052 days of incarceration, Mandela wrote hundreds of letters to unyielding prison authorities, fellow activists, government officials, and most memorably, to his wife Winnie and his five children. Now, 255 of these letters, the majority of which were previously unseen, provide the most intimate portrait of Mandela since Long Walk to Freedom. Painstakingly researched, authenticated and catalogued by the Nelson Mandela Foundation, the letters have been drawn from the Foundation's archive as well as from public and private collections held by the Mandela family and South African government archives. Mandela's letters are organised chronologically and divided by the four prisons in which he was incarcerated. Each section opens with a short introduction to provide a historical overview of each of these periods and the collection features a foreword by Zamaswazi Dlamini-Mandela. Whether writing about the death of his son Thembi after a request to attend the funeral was ignored, providing unwavering support to his also-imprisoned wife or outlining a human-rights philosophy that resonates today, The Prison Letters of Nelson Mandela reveals the heroism of a man who refused to compromise his moral values in the face of extraordinary human punishment. Ultimately, they confirm Mandela's position among the most inspiring historical figures of the twentieth century.
Visa hela texten

"Madiba's words give us a compass in a sea of change. Firm ground amidst swirling currents." -- Barack Obama "A veritable treasure trove, they grant a forensic insight into his courage, superhuman fortitude and clarity of political judgment; into his agony at failing in his duties as a husband and father of two girls, toddlers when he was snatched away; and his torment at being refused permission to attend either his mother's or his son's funeral. To me, even as a biographer of Mandela, it is a revelatory volume." -- Peter Hain - The Daily Telegraph "... this mesmerising book of prison letters... through these compelling letters the thinking, feeling, loving man he was comes back to us." -- Gillian Slovo - The Guardian "Venter has done an excellent job of sifting through the South African national archives, which alone contain 57 boxes of his prison letters and papers, and smaller collections that are scattered all over the place." -- Ivan Fallon - The Sunday Times "Nelson Mandela's long, thoughtful letters, written during his 27 years in prison, display an unwavering certainty that change would prevail." -- Tim Adams, Book of the Day - The Guardian "... as a series of illuminating snapshots into one of the most important political icons of post-colonial Africa, the book will have a timeless value." -- The Irish Times "Remarkably, this collection only serves to enhance and consolidate Mandela's reputation as a defining figure of the last century and the present one. The letters are in multiple languages, English, Afrikaans and isiXhosa, but they speak the language of humanity, which is the language of that fraught but loaded prison word: time." -- The Herald "To commemorate what would have been his 100th birthday, a book of 250 letters has just been published, providing a remarkable insight into the man, his tenacity and endurance and the struggle for his country's freedom." -- The Independent "A superbly edited collection of the ANC chief's prison letters paint a portrait of Mandela the family man, the political thinker and the inmate... As well as presenting 255 letters across 640 pages here, the South African journalist Sahm Venter does a fine job of putting them into historical context." -- The Irish Independent "So much rubbish has been written over the years by those who feared, revered or pretended to know Nelson Mandela that it is useful, finally, to be able to read about him and the privations of his prison years in his own contemporaneous, understated prose." -- The Spectator "The back cover of The Prison Letters Of Nelson Mandela is adorned with several quotes from the book, all expressing the kind of noble sentiments you might expect from one of the Great Men of History. In fact, though, this is a bit misleading - because, taken as a whole, the book itself gives us a far more rounded, interesting and, above all, human portrait of Mandela than that." -- The Daily Mail "Published in what would have been his centenary year, this fascinating collection of correspondence provides a revealing and deeply emotional glimpse into the mind of the 20th century's greatest leader." -- World of Cruising

Nelson Mandela (1918-2013) was a South African anti-apartheid revolutionary, politician, and philanthropist, who served as the first democratically-elected President of South Africa from 1994 to 1999. Mandela established the Nelson Mandela Foundation as his post-presidential office in 1999. It is a not-for-profit organization which has, since 2004, been transformed into an archive and trusted voice on his life and times. It carries out its mandate to promote Mandela's vision and work by convening dialogues and creating platforms for engagement around critical issues to promote social justice. Sahm Venter is a former Associated Press reporter (who covered and was witness to Mandela's release from prison in 1990) and a longtime researcher. She has co-edited several previous books, including Notes to the Future: Words of Wisdom with Sello Hatang and Doug Abrams); 491 Days: Prisoner Number 1323/69 by Winnie Madikizela-Mandela, with Swati Dlamini; and Something to Write Home About: Reflections from the Heart of History, with Claude Colart; and co-wrote Conversations with a Gentle Soul with the late anti-apartheid struggle hero, Ahmed Kathrada. Zamaswazi Dlamini-Mandela was born in 1979 in Welkom, South Africa, close to the town of Brandfort to which her grandmother, Winnie Madikizela-Mandela was banished by the apartheid regime. She works as a business developer and is a public speaker and a self-described serial entrepreneur. In 2017 she launched her luxury fashion range Swati by Roi Kaskara. She is the granddaughter of Nelson Mandela and Nomzamo Nobandla Winnie Madikizela-Mandela.