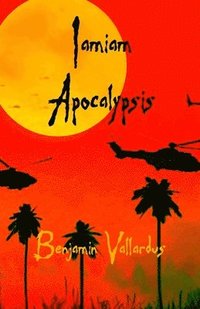 The proof rests solely on this Third Century document, recently smuggled out of the Vatican library, and now made public for the benefit of academe and specialists in ancient history world wide.

Written by a certain Captain B. Villardus, we learn by his own account that he was the dissolute son of a Roman knight, who fled the plague-ravaged city in order to escape his murderous creditors and countless disease-raddled lovers. Having proved himself on several covert missions in the most easterly military campaign the Empire ever waged, Villardus describes his journey up river to seek out a certain Duke G. Kurtz, the lunatic head of a rogue army. Camped in a ruined temple dedicated to the Goddess of death, the Duke's methods were deemed unsound, albeit highly successful. So successful, indeed, that the Count of the Far East feared that Kurtz might both win the war in Vietnam, and then lead his cannibal army on Rome Herself in order to make himself Emperor. Villardus' suicidal mission therefore was to terminate the Duke's command - with extreme prejudice.
Visa hela texten