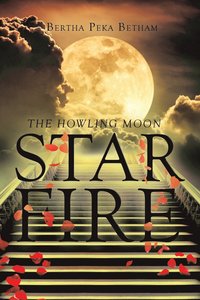 av Bertha Peka Betham
Häftad Engelska, 2017-09-08
119
Köp
Spara som favorit
Skickas inom 10-15 vardagar.
Fri frakt inom Sverige över 159 kr för privatpersoner.
The continuation of the Star Fire series, Book 2 of 3.
Historical mystery and Scientific exploration, Bertha Peka Betham reveals an apocalyptic vision of a future predicted by the past, of a world doomed to be uninhabited by humans on a certain date in the year 2017. STAR FIRE, the Chosen One sent by God, gifted with heavenly powers to stand against none other than Satan the Devil to win the battle over life and death; good and evil.....
An ancient prophecy revealed by a book collection of Prince Henry St. Clair and the Rosslyn Chapel, revealed Lilith St. Clair as the Chosen One, the same as Star Fire.
A mysterious discovery of a unique ancient piece of jewelry that disappeared from the Temple of Solomon with the Ark of the Covenant, that\'s sought after by a group called ISIL located in the Middle East, that have a special connection with Lilith. Lilith\'s uncle William St. Clair and his colleague Sir Thomas - joined by the new Templars and the Air Force - race to uncover the hidden secrets from Los Angeles, to New York, and the White House\'s Rose Garden for clues to chain Satan for 1,000 years to come. Lilith in the \'Book of Solomon\' and the 7 Angels of God\'s Throne in the \'Book of Revelation\' saga begins. Find out yourself......
Visa hela texten