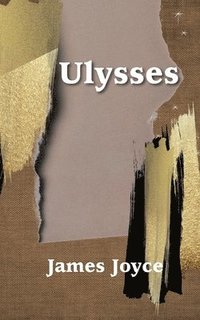 av James Joyce
Häftad Engelska, 2019-11-05
227
Köp
Spara som favorit
Finns även som
Visa alla 8 format & utgåvor
Banned in the United States and United Kingdom throughout the 1920s, Ulysses turned conventional ideas of the novel inside out with its bold new form, style and theme. Deeply rooted in the Greek myth of the hero of the Trojan War, Joyce bases his novel on Ulysses or Odysseus, who is doomed to voyage for ten years before returning home to Ithaca. Joyce had been deeply influenced by the Iliad and the Odyssey, which he had read from Charles Lamb's adaptations as a child. In fact, he considered him the epitome of the heroic ideal and constantly thought of giving the myth a new dimension in modern literature.

However, the reader must be cautioned that it is not an easy book to read. It was also burdened by a strange and complicated publication history. Joyce's original handwritten manuscript was typed by a number of less than competent typists who made a series of grammatical and spelling errors, leading to great confusion. It went through 18 different versions, each of which was full of more and more mistakes. Attempts to ?correct? the text were being made as late as 2010 but the appeal of the book lies in its overall theme and in its rich symbolism.

Ulysses is divided into 18 chapters, or episodes, each one referring to a Homeric character or episode in the Greek myth. Though Joyce did not originally title the chapters, he did refer to them by such names in private letters to his friends. He also gave them obscure titles from his researches in French translations of the Homeric sagas.

James Augustine Aloysius Joyce (2 February 1882 - 13 January 1941) was an Irish novelist, short story writer, poet, teacher, and literary critic. He contributed to the modernist avant-garde and is regarded as one of the most influential and important authors of the 20th century. Joyce is best known for Ulysses (1922), a landmark work in which the episodes of Homer's Odyssey are paralleled in a variety of literary styles, most famously stream of consciousness. Other well-known works are the short-story collection Dubliners (1914), and the novels A Portrait of the Artist as a Young Man (1916) and Finnegans Wake (1939). His other writings include three books of poetry, a play, his published letters and occasional journalism.

Joyce was born in Dublin into a middle-class family. A brilliant student, he briefly attended the Christian Brothers-run O'Connell School before excelling at the Jesuit schools Clongowes and Belvedere, despite the chaotic family life imposed by his father's unpredictable finances. He went on to attend University College Dublin.