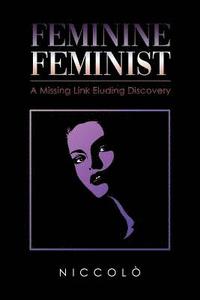 av N I C C O L O
Häftad Engelska, 2019-05-16
109
Köp
Spara som favorit
Skickas inom 10-15 vardagar.
Fri frakt inom Sverige över 159 kr för privatpersoner.
This pamphlet is meant for all adults, though primarily for women: it is a political manifesto for their social status. The author suggests that his sympathizers can, on short term, equalize the social status of all women to that of men; no matter whether all these women associate with the political left or right, with traditional or recent-alternative lifestyles. An obvious rebuttal to this suggestion is that feminism, in its multiple ?waves?, has already been trying hard to do this during the past half century. My obvious reply is that it not only pitifully failed, but managed to make matters worse due to its retrograde ideology, which focuses exclusively on high-status directive jobs instead of on all jobs. That also men are targeted, is because the realization of a gender-independent social status, if well implemented, implies an enormous boost for a country?s economy. A reader might ask: in this case, isn?t your conditional (?if well implemented?) the hidden warrant of such economic success? No sir: ?Good implementation? only refers to respecting the econometric laws of a healthy free market, where ?healthy? implies the absence of monopolies and deep-state parasites. The US heavily fails on both accounts. Remember President Kennedy?s Executive Order 11110?
Visa hela texten

Born 1964 in Sorengo (Switzerland) from Dutch parents, the author obtained his high school degree 1982 from the Scuola Europea di Varese, Italy. He mastered 1987 in optics in Amsterdam, and graduated 1992 on the field of atomic physics. He gathered postdoc experience on femtosecond UV-processes 1993-1995 in Paris, on cellular biophysics 1996-1999, on cellular biochemistry 2000-2003, and was visiting professor at the Universities of Irvine (California) and Toronto (Canada). Since 2004 the author taught physics, chemistry and mathematics at Delft University of Technology, with a research focus on nanotechnology. Schins wrote few general-audience books and many specialist articles. Four historical hoaxes cured the author from his ingenuous world vision: the World War II hoax (its cause), a humanity hoax (1996: Sokal submits a fake article to Social Text, and reveals the editorial board's -including Jameson and Ross- preference of ideology over intellectual rigor), the Twin Tower hoax (9/11 2001: two huge buildings pulverize -with no single indication of Boeings being involved- and a third one, coordinative seat of the terror attack, is subsequently demolished), and a scientific hoax (in the 20th century Deists Bohr and Heisenberg conjured up a "quantum measurement problem" persisting up to date, in order to bury Bell-kind scientific evidence that our universe is heavily influenced from beyond matter).