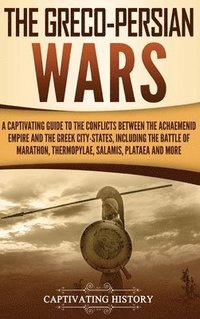 A Captivating Guide to the Conflicts Between the Achaemenid Empire and the Greek City-States, Including the Battle of Marathon, Thermopylae, Salamis, Plataea, and More

This cultural prominence was on full display during these wars, for the Greco-Persian Wars were documented by Herodotus, who is often said to be the father of modern history. His carefully detailed events inspired people like Thucydides to write his own history of the Peloponnesian War. These writers, although limited in terms of the sources available to them, were able to carefully document all of the events both during and after the war, and their versions of the story have been verified time and time again by various historians, helping enshrine these works as some of the most important in human history.

Because of the work of Herodotus, we know that the conflict that eventually became the Greco-Persian Wars began along the coast of the modern nation of Turkey in a region known as Ionia. In this region, twelve Greek city-states, which had been free and independent since their founding, had recently been subjugated by the Kingdom of Lydia, which was shortly thereafter conquered by Persia. So, when the tyrant king Aristagoras called for the people of Ionia to revolt against the Persians in 499 BCE, the Ionian Greeks responded. Athens and Eritrea rushed in to support their besieged countrymen, and the Greco-Persian Wars were under way.

In other words, the Greco-Persian Wars are often portrayed as a battle between good and evil. This is simultaneously an exaggeration and an oversimplification, but there is no doubt that this war, or series of wars, fought between some of the most powerful civilizations of the ancient era helped to plot the course of human history that we have been following up until this very day.

In The Greco-Persian Wars: A Captivating Guide to the Conflicts Between the Achaemenid Empire and the Greek City-States, Including the Battle of Marathon, Thermopylae, Salamis, Plataea, and More, you will discover topics such as

So if you want to learn more about the Greco-Persian Wars, scroll up and click the "add to cart" button!
Visa hela texten

chapter 3 – darius i marches on greece: the battle of marathon

chapter 5 – the invasion of xerxes part 1: the battles of thermopylae and artemisium

chapter 6 – the invasion of xerxes part 2: the battles of salamis and plataea

chapter 8 – the aftermath of the war