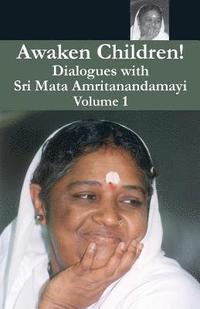 av Amma, Sri Mata Amritanandamayi Devi
Häftad Engelska, 2018-10-01
219
Köp
Spara som favorit
Born in 1953 in a remote village on the west coast of India, Mata Amritanandamayi manifested many signs of divinity from birth. Though not educated beyond the fourth grade, the Mother, through her intense spiritual practices, became established in the state of Supreme Consciousness in her teens. The Holy Mother's divinity began to manifest to the outside world from the age of twenty. Through her unconditional love, equal vision, patience, renunciation and other godly qualities, the Mother attracted thousands of seekers from all over the world. The Mother is a source of inspiration and support for humanity. She is like a vast expanse, who caresses, soothes, and fills with peace and love the hearts of those who approach her. In addition to this, she has spiritually inspired a band of young men and women, instilling them with faith and the burning desire to realize the Supreme Truth. Through the process of remolding the disciples' inner personality, one can see the Mother's greatness as a Teacher who wants to make her spiritual children real servants of the world. In Awaken Children, the Mother's enlightening conversations from 1976 onwards with various seekers have been faithfully recorded and set forth. Here one can find the Mother's teachings on such subjects as the Guru, God, meditation, humility, psychic powers, advice to householders, etc. The Mother's simplicity, sense of humor and practical wisdom shine through her every word. This Book Is In English. Published By The Disciples Of Mata Amritanandamayi Devi, Affectionately Known As Mother, Or Amma The Hugging Saint.
Visa hela texten