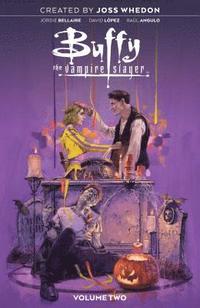 Joseph Hill Whedon is an American film director, producer, writer, and composer. He is the founder of Mutant Enemy Productions, co-founder of Bellwether Pictures, and is best known as the creator of several television series. These include Buffy the Vampire Slayer (1997-2003), Angel (1999-2004), Firefly (2002), Dollhouse (2009-2010), and Agents of S.H.I.E.L.D. (2013-2020). Whedon co-wrote for the Pixar animated film Toy Story (1995) (for which he was nominated for the Academy Award for Best Original Screenplay), wrote and directed the Firefly film continuation Serenity (2005), co-wrote and directed the Internet miniseries Dr. Horrible's Sing-Along Blog (2008), and co-wrote and produced the horror comedy film The Cabin in the Woods (2012). He wrote and directed the Marvel Cinematic Universe superhero films The Avengers (2012) and its sequel Avengers: Age of Ultron (2015), and also co-wrote the script for the DC Extended Universe superhero film Justice League (2017). He also served as director for Justice League on re-shoots, replacing Zack Snyder (who retained directorial credit). Actors Ray Fisher, Charisma Carpenter, Michelle Trachtenberg and Amber Benson have complained publicly about Whedon's behavior on set. WarnerMedia investigated Fisher's allegations and announced that they had taken "remedial action" in December 2020. Jordie Bellaire is an American comic book colorist who lives in Ireland and works for DC, Marvel, Valiant, and Image comic book publishers. She has colored Pretty Deadly, The Manhattan Projects, Moon Knight, The Vision, Magneto, Nowhere Men, Hawkeye, Batman, among other titles. Bellaire is credited with starting the "Comics are for everybody" initiative to make the comic book community more inclusive and compassionate. In 2014, Bellaire was nominated for an Eisner award for best cover artist for her collaboration on The Wake with Sean Murphy. In addition, she also received a nomination for Best Coloring award for her work on various titles, which she won.