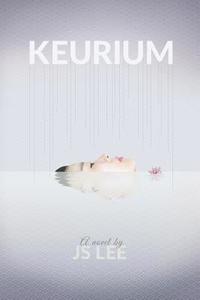 av J S Lee
Häftad Engelska, 2018-05-01
159
Köp
Spara som favorit
Skickas inom 10-15 vardagar.
Fri frakt inom Sverige över 159 kr för privatpersoner.
Finns även som
Visa alla 1 format & utgåvor
Shay Stone lies in a hospital bed, catatonic?dead to the world. Her family thinks it?s a ploy for attention. Doctors believe it?s the result of an undisclosed trauma. At the mercy of memories and visitations, Shay unearths secrets that may have led to her collapse. Will she remain paralyzed in denial? Or can she accept the unfathomable and break free?

KEURIUM threads through one adopted Korean American?s life of longing and letting go. On a quest for family, sanity, and survival, it challenges saviorism and forced gratitude. Woven through its heartbreaking fabric is a story of love and resilience.
Visa hela texten

“it takes courage to pierce the sugar-coated myths surrounding international adoption. js lee has accomplished this in a straightforward honest novel.”

“KEURIUM tells the harrowing journey of adopted Korean American Shay Stone’s fight for her emotional well-being and ultimately, her life. The interracial family dynamics are fueled by a gaslighting, narcissistic mother, as Shay navigates some of life’s darkest places. I found myself rooting out loud for Shay to get out, to survive and escape from the mother’s emotional abuse. Told in thoroughly satisfying chronological vignettes, this is a brave and necessary novel about hard truths, self-care, self-discovery, and one woman’s hard-earned liberation.”

—lee herrick, Gardening the Secrets of the Dead

“raw and transformative. js lee reveals the complex inner dialogue of many adoptees while dismantling society’s narrow adoption narrative, exposing truth so rarely heard. the power in her words is unerring as she transports the reader into their own keurium.”