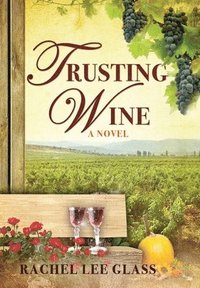 av Rachel Lee Glass
Inbunden Engelska, 2019-12-17
209
Köp
Spara som favorit
Skickas inom 10-15 vardagar.
Fri frakt inom Sverige för privatpersoner.
Finns även som
Visa alla 1 format & utgåvor
Entertaining, Smart, Fun, Philosophical...It's a mystery written in the style of magical realism. At the end of World War II in Umbra, Italy an American soldier proposes to a beautiful Italian girl. To his surprise, her family insists the couple drink the family?s magical wedding wine before they marry. This wine gives those who drink it with their betrothed visions of their entire futures together. The two drink and after experiencing beautiful visions, they marry.

In 1999 the couple?s adult children are a priest, a businessman and an unmarried daughter. Each begins to question the source of power behind the now-famous wine?s magic. Is the wine that they are trusting supernatural? Is it powered by faith, love, hope or psychopathology? Could there be an organic explanation? A competitive investigation ensues.

Trusting Wine is an engaging and entertaining novel in the style of magical realism. It examines love and our fear of love. It allegorically explores faith versus religion. With humor and affection, it analyzes the dynamics of this special family and of marriage itself.
Visa hela texten

Entertaining, Smart, Fun, Philosophical...It's a mystery written in the style of magical realism.

Rachel Lee Glass is a novelist, non-fiction writer, and practicing psychotherapist in Aspen, Colorado. Rachel spent her 20's in New York City as an actress. This led to her fascination with character development. She earned her master's degree in psychology from Columbia University. She has formally studied theology. Additionally, at seven-years-old Rachel decided that she should marry Bill Murray. (Later in her adult life, he would steal a handful of her French fries). While marrying Mr. Murray is no longer her goal, she did decide to dedicate this book to him.