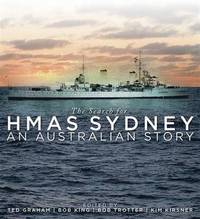 The Search for HMAS Sydney

Ted Graham was the chairman of the HMAS Sydney Search Pty Ltd. He was appointed a Member of the Order of Australia for his role in the successful search for the HMAS "Sydney." Bob King is a chartered engineer and a practicing consultant to the Australian offshore oil and gas industry where he has more than 40 years of experience. He received the Medal in the Order of Australia for services to the offshore oil industry in reference to the North West Shelf development. Bob Trotter is a former director of the Finding Sydney Foundation and for his work in finding "Sydney," he was awarded a Medal in the Order of Australia in 2009. He served the Australian Navy for 35 years. Kim Kirsner is a professor at the University of Western Australia. She initiated the Oceanography Workshop, which helped to determine the general location of several missing wrecks, including the HMAS "Sydney."