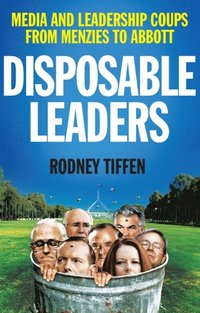 av Rodney Tiffen
E-bok (PDF - DRM), Engelska, 2017-03-16
249
Ladda ned
Spara som favorit
Laddas ned direkt
Läs i vår app för iPhone, iPad och Android
Finns även som
Visa alla 2 format & utgåvor
Since 1970 seventy-three political leaders within the major parties have been forcibly removed from their leadership positions. And at the heart of the turmoil is the media, with its 24-hour news cycle making political leadership evermore precarious. Disposable Leaders is an engaging and insightful analysis of the high-drama leadership challenge - a regular event that is now central to Australian politics. Not only does Rodney Tiffen explore some of the most intriguing federal leadership struggles that have dominated recent Australian politics in detail, he also examines all of the 73 successful leadership challenges that have occurred since 1970. In doing so Tiffen also shines a light on the central role the media plays in the revolving-door leadership that has become the new normal in modern Australian politics.
Visa hela texten