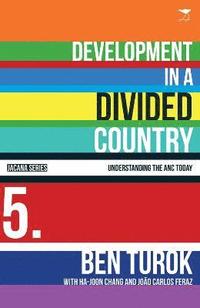 Development in a divided country

Professor Ben Turok is a member of parliament in South Africa, representing the ruling party, the African National Congress. He has been a member of the Liberation Movement for many decades, was an accused in the 1956 Treason Trial, with which he served 3 years in prison, and was in exile for 25 years, returning to South Africa in 1990. Ben Turok has three degrees, in engineering, philosophy and political science, and he is the author of 19 books on Africa's development economics and politics. He has lectured at many universities across Africa, and presented papers at numerous conferences and seminars including the United Nations and the European Parliament. . He is currently working on the international financial crisis, on Aid to Africa, and the South African economy. He is the editor of New Agenda, a Journal of Social and Economic Policy, and head of Political Education for the ANC in Parliament. He is currently a visiting Professor at the University of KwaZulu Natal.