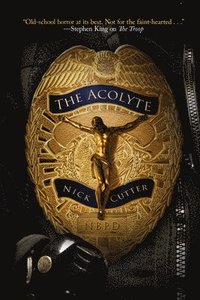 Praise for Nick Cutter: "The Troop scared the hell out of me." --Stephen King "Utterly terrifying." --Clive Barker, creator of Hellraiser "Lean and crisp and delightfully over-the-top. Think Tales From the Crypt, think early Crichton, think King on coke. Disquieting, disturbing, and it's also great fun to read." --Scott Smith, author of The Ruins "Cutter (a pseudonym for Craig Davidson) is masterful at filling his story with the nasty detail, violent action and unexpected plotting that keep it moving and twisting like a faith healer's rattlesnake. And while The Acolyte is more dystopian sci-fi than horror, Cutter fills his world with vividly described murder and mutilation, sideshow freaks and stomach-churning cruelty." --Rue Morgue

Nick Cutter is the pseudonym for Craig Davidson, who has written four books, including Rust and Bone, The Fighter, andSarah Court. Rust and Bone was made into a film in 2012, starring Marion Cotillard and directed by Jacques Audiard. Under the pseudonym Nick Cutter, he has released two other novels, The Troop and The Deep.