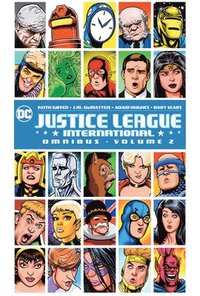 J.M. DeMatteis was a music critic but gave it up for becoming an award-winning writer best known for his personal works such as Moonshadow and BROOKLYN DREAMS. He began writing for DC in the late 1970s and rose to prominence with characters such as the JUSTICE LEAGUE revamp of the 1980s, a franchise that earned him an Eisner Award in 2004 for Best Humor Publication. He has written every major character at DC and Marvel, using that experience for a successful foray into animation writing including episodes of Justice League Unlimited and Batman: the Brave and the Bold.