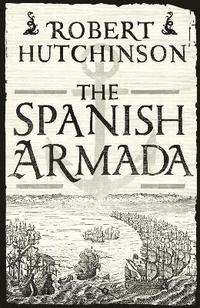 av Robert Hutchinson
Häftad Engelska, 2014-04-17
129
Köp
Spara som favorit
Skickas inom 7-10 vardagar.
Fri frakt inom Sverige över 159 kr för privatpersoner.
Finns även som
Visa alla 1 format & utgåvor
A dramatic blow-by-blow account of the defeat of the Spanish Armada by the English fleet - a tale of derring-do and disaster on the high seas by one of our best narrative historians. After the accession of Elizabeth I in 1558, Protestant England was beset by the hostile Catholic powers of Europe - not least Spain. In October 1585 King Philip II of Spain declared his intention to destroy Protestant England and began preparing invasion plans, leading to an intense intelligence war between the two countries, culminating in the dramatic sea battles of 1588. Robert Hutchinson's tautly written book is the first to examine this battle for intelligence, and uses everything from contemporary eye-witness accounts to papers held by the national archives in Spain and the UK to recount the dramatic battle that raged up the English Channel. Contrary to popular theory, the Armada was not defeated by superior English forces - in fact, Elizabeth I's parsimony meant that her ships had no munitions left by the time the Armada had fought its way up to the south coast of England. In reality it was a combination of inclement weather and bad luck that landed the killer blow on the Spanish forces, and of the 125 Spanish ships that set sail against England, only 60 limped home - the rest sunk or wrecked with barely a shot fired.
Visa hela texten

This is a well-written book by an accomplished author and its true strength lies in its skilful presentation of the period context. The account of the Spanish Armada and its unfortunate progress into battle and eventual ruin is well worth reading. Hutchinson places us in the centre of intrigue and action... This is history soaked in blood and bedecked with guts * WARSHIPS INTERNATIONAL FLEET REVIEW * In a book which successfully weaves together the different elements of the dramatic story, Robert Hutchinson, making use of fresh research (not least his own), sets out to consider the background and the events themselves, using all the evidence now available to historians * THE TABLET * The author does a magnificent job of describing the military campaign from Drake's daring raid on Cadiz to the critical battle of Gravelines, but he also shows what a close-run thing it was, and how Elizabeth was not supported unanimously by her own council and nobles. He also argues convincingly that, in terms of intelligence, and particularly the role played by her spymaster Francis Walsingham, this was a truly modern war * GOOD BOOK GUIDE * Napoleon once called history "a fiction that men agree to believe". The Spanish Armada is a case in point, as Robert Hutchinson ably demonstrates in this cogent, readable account of the attempted invasion of England by the Spanish forces in 1588... Hutchinson tells this bloody, brilliant story authoritatively and without sentiment, revealing a real 'game of thrones' that shames the TV series for drama, ruthless ambition and grand enterprise * YOUR FAMILY TREE * The victory of the English navy over the Spanish Armada in 1588 is one of those defining moments in our history, a shining example, so the story goes, of British pluck and determination to succeed against almost overwhelming odds. Well no, not really, says historian Robert Hutchinson in his revelatory new book. Instead he argues that the Spanish forces were defeated by a combination of bad weather, poor strategy and sheer ill fortune * CHOICE *

Robert Hutchinson is a fellow of the Society of Antiquaries of London and the author of THE LAST DAYS OF HENRY VIII, ELIZABETH'S SPYMASTER, THOMAS CROMWELL, HOUSE OF TREASON, YOUNG HENRY, THE SPANISH ARMADA and THE AUDACIOUS CRIMES OF COLONEL BLOOD. He was Defence Correspondent for the Press Association before moving to Jane's Information Group to launch JANE'S DEFENCE WEEKLY. He has a doctorate from the University of Sussex, and was appointed OBE in the 2008 Honours List.