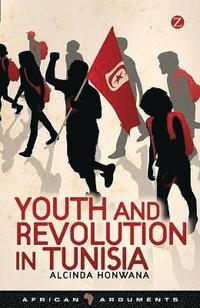 Youth and Revolution in Tunisia

av Alcinda Honwana
Inbunden Engelska, 2013-07-11
1178
Köp
Spara som favorit
Finns även som
Visa alla 3 format & utgåvor
The uprising in Tunisia has come to be seen as the first true revolution of the twenty-first century, one that kick-started the series of upheavals across the region now known as the Arab Spring. In this remarkable work, Alcinda Honwana goes beyond superficial accounts of what occurred to explore the defining role of the country's youth, and in particular the cyber activist. Drawing on fresh testimony from those who shaped events, the book describes in detail the experiences of young activists through the 29 days of the revolution and the challenges they encountered after the fall of the regime and the dismantling of the ruling party. Now, as old and newly established political forces are moving into the political void created by Ben Ali's departure, tensions between the older and younger generations are sharpening. An essential account of an event that has inspired the world, and its potential repercussions for the Middle East, Africa and beyond.
Visa hela texten

'Alcinda Honwana's study of the Tunisian revolution is remarkable for its extensive use of the views of Tunisia's youth about the roles they played and the marginalisation they feel over the events of 2010 and 2011. Her book gives us a rare insight into the way in which the downfall of the Ben Ali regime was encompassed and what has happened to the aspirations of those most immediately involved. As such it is an invaluable addition to our knowledge of the wider revolution in the Arab world today.' George Joffe, Department of Politics and International Studies (POLIS), University of Cambridge 'Alcinda's book is an excellent analysis of the youth's contribution in the Tunisian revolution. This comes as no surprise as Alcinda was able to build excellent relations with the youth who spoke with her openly about their role in the revolution as well as their hopes about the future.' Hakim Ben Hammouda, special advisor to the president of the African Development Bank and former chief economist and sirector of the Trade, Finance and Economic Development Division of the United Nations Economic Commission for Africa 'A uniquely insightful study on how a revolutionary process in the Arab world began.' George Joffe, University of Cambridge

Alcinda Honwana is visiting professor of anthropology and international development at the Open University (UK). She was chair in international development at the Open University and taught anthropology at the University Eduardo Mondlane in Maputo, University of Cape Town and the New School in New York. She was also programme director at the Social Science Research Council in New York. Honwana has written extensively on the links between political conflict and culture and on the impact of violent conflict on children and youth, conducting research in Mozambique, the Democratic Republic of the Congo, Angola, Colombia and Sri Lanka. Her latest work has been on youth transitions and social change in Africa, focusing on Mozambique, Senegal, South Africa and Tunisia. Alcinda Honwana's latest publications include: The Time of Youth: Work, social change, and politics in Africa, 2012; Child Soldiers in Africa, 2006; and Makers and Breakers: Children and youth in postcolonial Africa, 2005 (co-edited). She was awarded the prestigious Prince Claus Chair in Development and Equity in the Netherlands in 2008.