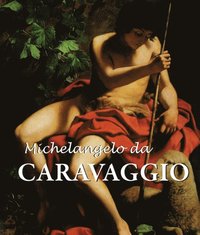 av Felix Witting, M L Patrizi
E-bok (PDF - DRM), Engelska, 2012-01-17
129
Ladda ned
Spara som favorit
Laddas ned direkt
Läs i vår app för iPhone, iPad och Android
Finns även som
Visa alla 1 format & utgåvor
After staying in Milan for his apprenticeship, Michelangelo da Caravaggio arrived in Rome in 1592. There he started to paint with both realism and psychological analysis of the sitters. Caravaggio was as temperamental in his painting as in his wild life. As he also responded to prestigious Church commissions, his dramatic style and his realism were seen as unacceptable. Chiaroscuro had existed well before he came on the scene, but it was Caravaggio who made the technique definitive, darkening the shadows and transfixing the subject in a blinding shaft of light. His influence was immense, firstly through those who were more or less directly his disciples. Famous during his lifetime, Caravaggio had a great influence upon Baroque art. The Genoese and Neapolitan Schools derived lessons from him, and the great movement of Spanish painting in the seventeenth century was connected with these schools. In the following generations the best endowed painters oscillated between the lessons of Caravaggio and the Carracci.
Visa hela texten