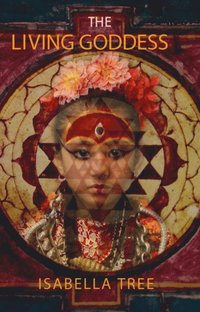 A journey into the heart of Kathmandu

av Isabella Tree
E-bok (EPUB - DRM), Engelska, 2015-02-26
99
Ladda ned
Spara som favorit
Laddas ned direkt
Läs i vår app för iPhone, iPad och Android
In a small medieval palace on Kathmandu's Durbar Square lives Nepal's famous Living Goddess -a child as young as three who is chosen from a caste of Buddhist goldsmiths to watch over the country and protect its people. To Nepalis she is the embodiment of Devi (the universal goddess) and for centuries their Hindu kings have sought her blessing to legitimize their rule. Legends swirl about her, for the facts are shrouded in secrecy and closely guarded by dynasties of priests and caretakers. How come a Buddhist girl is worshipped by autocratic Hindu rulers? Are the initiation rituals as macabre as they are rumoured to be? And what fate awaits the Living Goddesses when they attain puberty and are dismissed from their role? Weaving together myth, religious belief, modern history and court gossip, Isabella Tree takes us on a compelling and fascinating journey to the esoteric, hidden heart of Nepal. Through her unprecedented access to the many layers of Nepalese society, she is able to put the country's troubled modern history in the context of the complex spiritual beliefs and practices that inform the role of the little girl at its centre. Deeply felt, emotionally engaged and written after over a decade of travel and research, The Living Goddess is a compassionate and illuminating enquiry into this reclusive Himalayan country -a revelation.
Visa hela texten