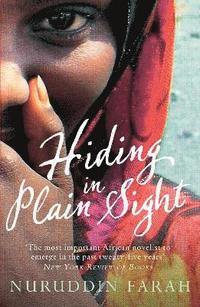 av Nuruddin Farah
Häftad Engelska, 2015-06-04
142
Köp
Spara som favorit
Finns även som
Visa alla 2 format & utgåvor
From 'the most important African novelist to emerge in the past twenty-five years' (New York Review of Books) comes a novel set in Somalia and Kenya about family, freedom and loyalty When Bella, an internationally known fashion photographer, dazzling and aloof, is forced to return to Nairobi to care for her teenage niece and nephew, she feels an unfamiliar surge of protectiveness and responsibility. But when their mother unexpectedly resurfaces, reasserting her maternal rights and bringing with her a gale of chaos and confusion that mirrors the deepening political instability in the region, Bella must decide whether she can - or must - come to their rescue.
Visa hela texten

'Affecting...delightfully poetic... maintains drama and direction. Most successful is Farah's dramatisation of the racial tensions and violence commonplace in many African cities' * Guardian * 'A rich exploration of political and social crises ... The opening scene practically blows off the front cover of the novel.' * Washington Post * 'Farah's powerful story of a shattered family makes vivid the human repercussions of political chaos and violence.' * BBC.com * 'Farah ... puts his skilled character development on display in this latest work ... [and] does a fine job illustrating the competing societal forces in African culture - from the cosmopolitan nightlife of Nairobi to the pervasive violence and oppression in places like Somalia ... an engaging read.' * NY Daily News * 'This novel - Farah's 12th - takes us deep into the domestic life of a sophisticated African family, with great emotional effect ... Each of the kids ... becomes starkly real in their intelligence, ingenuity, anger and grief. Even their outrageous mother (and her selfish choices) seems credible ... This family, our families, Africa and Europe and America, have never seemed closer in the way we live now - and this engaging novel, from its explosive beginning to its complex yet uplifting last scenes, shows us why.' -- Alan Cheuse * NPR * 'True to Farah's style, Hiding in Plain Sight is strange and haunting ... His writing borders on the poetic ... Scenes of everyday life ... lull us into believing the story could be unfolding anywhere, until we're jolted by mentions of blast-proof windows next to the flatscreen TV or metal detectors at the mall entrance ... [Hiding in Plain Sight] adds to an impressive four-decade body of work that has helped illuminate a country and culture that might otherwise have remained hidden behind the fog of war.' * Toronto Star * 'Absorbing and provocative ... [Farah's] characters are given heft through personal histories and anecdotes, and he writes evocatively about everything from Nairobi traffic to Kenyan game reserves to, importantly, how Somalis are seen not just through the eyes of others, but through their own.' * USA Today * 'Gracefully pulling together social issues with the seismography of a single family and underscoring it all with hints at the Somali diaspora of the 1990s, Farah once again offers a complex look at the struggle and joy of finding home' * Shelf Awareness * 'With delicacy and compassion, Farah ... fashions a domestic chamber piece where motives, yearnings and regrets intersect among these complex, volatile personalities against a wider backdrop of religious and cultural conflict, social and political upheaval, and even "family values" in post-millennial Africa ... An unassuming triumph of straightforward, topical storytelling that both adds to and augments a body of work worthy of a Nobel Prize.' * Kirkus Reviews (starred) *

Nuruddin Farah is the author of eleven novels which have been translated into more than twenty languages and have won numerous awards. Born in Baidoa, Somalia, he lives in Cape Town, South Africa, and Annandale-on-Hudson, New York, where he is Distinguished Professor of Literature at Bard College.