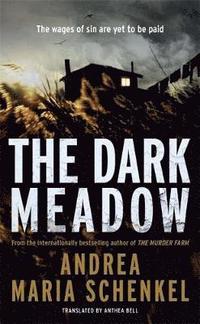 av Andrea Maria Schenkel
Häftad Engelska, 2014-07-31
269
Köp
Spara som favorit
Skickas inom 7-10 vardagar.
Fri frakt inom Sverige för privatpersoner.
Finns även som
Visa alla 1 format & utgåvor
Bavaria, Germany, 1947. At the end of the war, Afra Zauner returns to her parents' cottage on the edge of Mauther Forest. Unmarried, and pregnant. As she struggles to raise her child, her father's shame, her mother's fury and the loud whispers of the neighbours begin to weigh upon her. She doesn't believe in her sin. But everyone else does. And someone brings judgement down upon her. Many years later, Hermann Muller is throwing a drunk out of his tavern. A traveller, who won't stop ranting about a murder left unsolved, about police who never investigated. Out of curiousity, the file is reopened. And in the cold light of hindsight, a chilling realisation creeps upon the community. No-one ever atoned for Afra's death. But her story is waiting to be told. Andrea Maria Schenkel returns to the form of her groundbreaking The Murder Farm, narrating through suspects, victims and investigators to lead the reader to their own awful understanding.
Visa hela texten

'A superior slice of German noir. Andrea Maria Schenkel is the supreme exponent of German neo-realism ... Examines the German conscience, as if searching for the psyche behind the Nazi monstrosities ... Allows us to penetrate the intense and horrific emotional reactions of the witnesses - including the murderer ... Schenkel can be considered as a deeply serious writer. Though her books are short, the impact they achieve undoubtedly merit this status' Independent. Independent 'Spellbinding ... The shifting points of view and the minutiae, blurred somewhat by the passage of time, cause the details to often contradict, but the confusion and uncertainty are in perfect keeping with the hard realism of the facts. These are presented in raw fashion, which brings the reader that much closer to the killing and its consequences. And for this reason, the impact is all the more harrowing' Irish Examiner. Irish Examiner 'Schenkel's book (written in German and impeccably translated), at about a quarter of the length [...] has all the other attributes of the best crime novels in the subgenre that could be called 'historical realism' ... Rural Germany in the late 1940s was primitive, prejudiced and poor, so this is not a cheery book. But it is a very good one' Literary Review. Literary Review 'Packs a lingering punch ... Schenkel - and the wonderful Anthea Bell, in her lucid, unobtrusive translation - is setting out to do something different. The Dark Meadow, in its evocative descriptions of postwar life in a German village, in its lack of sentimentality, pathos or melodrama, is a bleakly real portrait of injustice, poverty and hopelessness. Murder most foul, and shown here in all its pointless, meaningless cruelty' Alison Flood, Observer Thriller of the Month. Observer 'Similarities to Capote's In Cold Blood ... A chilling novel' Booklist. Booklist

Andrea Maria Schenkel is the author of The Murder Farm, Ice Cold and Bunker, all of which are phenomenal bestsellers in her native Germany and have been translated all over Europe. She lives near Regensburg, Bavaria, with her family. Anthea Bell has won the Schlegel-Tieck Prize for German translation four times. She was awarded an O.B.E. for her services to literature in 2010.