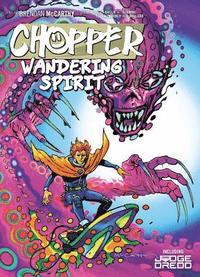 Al Ewing is a British novelist and American comic book writer, currently responsible for much of Marvel Comics' Avengers titles. He came to prominence with the #1 UK comic 2000 AD and then wrote a sequence of novels for Abaddon, of which the El Sombra books are the most celebrated, before becomiing the regular writer for Doctor Who: The Eleventh Doctor and a leading Marvel writer. He lives in York, England. Rob Williams is the writer of Suicide Squad and Martian Manhunter for DC Comics, Unfollow for Vertigo and Doctor Who: The Eleventh Doctor for Titan Comics. His previous work for 2000 AD includes Judge Dredd: Titan, The Grievous Journey Of Ichabod Azrael (And The Dead Left In His Wake) and The Ten-Seconders and he is currently writing Roy of the Rovers for Rebellion