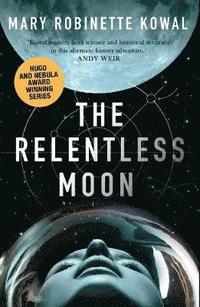 av Mary Robinette Kowal
Häftad Engelska, 2020-11-26
119
Köp
Spara som favorit
Skickas inom 5-8 vardagar.
Gratis frakt inom Sverige över 159 kr för privatpersoner.
Finns även som
Visa alla 1 format & utgåvor
The Third in the Hugo, Nebula and Locus Award-Winning Series Two worlds. One humanity. It's 1963, and riots and sabotage plague the space program. The climate change caused by the Meteor is becoming more and more clear, but tensions are rising, and the IAC's goal of getting humanity off Earth is threatened. Astronaut Nicole Wargin lives two lives; one as a politican's smiling wife on Earth, and the other as an astronaut on the newly-established Moon Base. But when sabotage strikes, she finds that her two worlds are colliding - with deadly consequences. 'The Lady Astronaut series might be set in an alternate past, but they're cutting-edge SF novels that speak volumes about the present.' -The Verge
Visa hela texten

Mary Robinette Kowal was the 2008 recipient of the Campbell Award for Best New Writer and a Hugo nominee for her story "Evil Robot Monkey." Her stories have appeared in Strange Horizons, Asimov's, and several Year's Best anthologies. She is the author of Shades of Milk and Honey (Tor 2010), the fantasy novel that Jane Austen might have written. Mary, a professional puppeteer and voice actor, has performed for LazyTown (CBS), the Center for Puppetry Arts, Jim Henson Pictures and founded Other Hand Productions. Her designs have garnered two UNIMA-USA Citations of Excellence, the highest award an American puppeteer can achieve. She also records fiction for authors such as Kage Baker, Cory Doctorow and John Scalzi. She is serving her second term as Secretary of Science Fiction and Fantasy Writers of America. Mary lives in Portland, OR with her husband Rob and eleven manual typewriters.