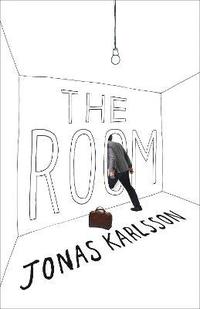 av Jonas Karlsson
Inbunden Engelska, 2015-01-15
125
Köp
Spara som favorit
Skickas inom 5-8 vardagar.
Gratis frakt inom Sverige över 159 kr för privatpersoner.
The Authority looks favourably upon meticulousness, efficiency and ambition. Bjorn has all of this in spades, but it's only in the Room that he can really shine. Unfortunately, his colleagues see things differently. In fact, they don't even see the Room at all. The Room is a short, sharp and fiendish fable in the tradition of Franz Kafka, Samuel Beckett and Charlie Kauffman. If you have ever toiled in an office, felt like the world was against you or questioned the nature of reality then this is the novel for you.
Visa hela texten

A gripping, tense, demonic fable in which the unease is precision-tooled and the turns of the screw wholly unexpected. * Neel Mukherjee * The Room is the most effective chapbook on workplace comportment since Glengarry Glen Ross. Hats off! * Nick Offerman, Ron Swanson in Parks and Recreation * Thoroughly enjoyable... If you read only one novel by a famous Swedish actor translated into English this year, make it The Room -- Ian Sansom * Guardian * Kafka meets The Office in this hilarious and chilling Swedish fable of workplace politics -- Kate Saunders * The Times * A brief but brilliant tale -- Stephanie Boland * Financial Times *

Jonas Karlsson, one of Sweden's most prominent actors, has performed on Sweden's premier stage and in acclaimed feature films and TV series. Karlsson's playwriting debut, Nocturnal Walk, received rave reviews; spurred by the joy of writing for the stage, Karlsson began writing fiction. His first novel in the UK, The Room, was published last year.