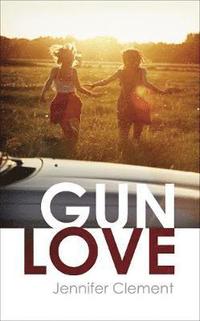 av Jennifer Clement
Inbunden Engelska, 2018-04-12
189
Köp
Spara som favorit
Skickas inom 3-6 vardagar.
Fri frakt inom Sverige för privatpersoner.
Finns även som
Visa alla 4 format & utgåvor
**Longlisted for the National Book Award for Fiction 2018** `My mother called anyone or anything that seemed alone, or ended up in the wrong place, a stray. There were stray people, stray dogs, stray bullets, and stray butterflies.' Fourteen-year-old Pearl France lives in the front seat of a broken down car and her mother Margot lives in the back. Together they survive on a diet of powdered milk and bug spray, love songs and stolen cigarettes. Life on the edge of a Florida trailer park is strange enough, but when Pastor Rex's `Guns for God' programme brings Eli Redmond to town Pearl's world is upended. Eli pays regular visits to Margot in the back seat, forcing Pearl to find a world beyond the car. Margot is given a gift by Eli, a gun of her own, just like he's given her flowers. It sits under the driver's seat, a dark presence... Gun Love is a hypnotic story of family, community and violence. Told from the perspective of a sharp-eyed teenager, it exposes America's love affair with firearms and its painful consequences.
Visa hela texten

"Jennifer Clement's new novel is appallingly timely ... Ms Clement creates a weird poetry of murderous force. Chekhov's narrative principle-that a gun hung on the wall in the first act must eventually go off-has become a metaphorical rule of storytelling. To reflect American reality, Ms Clement puts a gun on every wall in every room" * The Economist * "A neon fairytale... written in the punchy, exaggerated style of a graphic novel, it's surprisingly enjoyable" -- Lois Beckett * Guardian * "Clement's book is charged with gut-punch sentences and indelible images, but [the] second act is particularly searing ... Propelled to its inevitable denouement less by plot than by the intensity of its author's prose and singular vision, this is an uncompromising snapshot of America's ills" -- Stephanie Cross * Daily Mail * "Clement's spare, often oblique style makes this book feel like a great lost murder ballad by the likes of Johnny Cash or Nick Cave ... excellent at describing the intensity of the love between a mother and child within a claustrophobic environment, and the disruption that a hostile male presence causes to this bond ... One of those rare books that the reader might wish to be a few dozen pages longer, to spend more time in this fully realised world" -- Alexander Larman * The Observer * "Haunting ... poetic ... Full of sorrow and aching sweetness, "Gun Love" provides a glimpse of people who dwell every day knee deep in the toxic waste of our gun culture. They may be America's forgotten children, but after reading this novel, you are not likely to forget them" -- Ron Charles * Washington Post * "Though this world is harrowing, it's also fortified with ample wit and tenderness. The sweet sorrow of doomed maternal love is at the novel's thrumming center, as is the author's cockeyed affection for the region. "In our part of Florida everything was puzzled," Pearl tells us. Gun Love potently illuminates this puzzled land, and the complicated fates of those who dwell in the pockets visitors won't find on a map" -- Laura Van Den Berg * Oprah.com * "Offer[s] a glimpse of what a poetics of gun violence might look like... In this book, the machinery of violence purchases a sense of belonging-of thrilling, life-or-death simplicity" -- Katy Waldman * The New Yorker.com * "The writing is crisp and the images are sharp" -- Terese Svoboda * New York Times * "It's been a long time since I've been so mesmerized with a novel's each next sentence. Jennifer Clement is one of our most inventive novelists. There's no telling what she'll see. Whatever it is, it's something right in front of us, but-here is the magic trick-something we have never before seen. Gun Love is an amazement: fierce, inventive, tender" -- Rick Bass, author of For A Little While "Through a memorable coming-of-age story set in America's margins, Clement makes all of these things true at once: A gun is a valentine, a secret-bearer, a penitent, a world destroyer, an exposed belly, an insurance policy, a sudden act of God" * Salon * "Clement is a brilliant stylist... her metaphors and similes are superb; and together they create a haunting atmosphere ... Always evocative, it is an unforgettable knockout not to be missed" -- Starred review * Booklist * "Pearl's story takes place in a world both strange and familiar, in the fairy tale of her mother's imagination and in an America pockmarked by gun violence and poverty ... Clement's quiet tragedy is moving, unsettling, and filled with characters who will haunt you long after the story ends" * Kirkus Review * "Clement's affecting and memorable novel is also an incisive social commentary that will give readers much to ponder" * Publishers Weekly * "Clement turns her hypnotic pen to the story of America's love affair with guns" * Huffington Post * "Taut, spare, musical,

Jennifer Clement is the President of PEN International. She was born in 1960 and has lived in Mexico since 1961. She is a graduate of New York University. She is the author of the memoir Widow Basquiat and three novels: A True Story Based on Lies, The Poison That Fascinates and Prayers for the Stolen. She is also the author of several books of poetry, and is co-founder and director of the San Miguel Poetry Week. Jennifer Clement was awarded the National Endowment of the Arts (NEA) Fellowship for Literature 2012. She was President of PEN Mexico from 2009 to 2012 and is a member of Mexico's prestigious Sistema Nacional de Creadores. She lives in Mexico City.