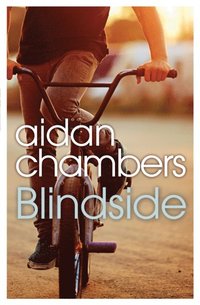 av Aidan Chambers
Häftad Engelska, 2015-01-02
103
Köp
Spara som favorit
An emotionally challenging and beautifully written drama that confronts the messiness of life head-on. Pete's a brilliant runner and dreams of athletic stardom - but fate intervenes. Pete is blindsided when he is involved in a horrific bike collision and his whole life is knocked off course. Stuck in a hospital bed and lamenting the loss of his mobility as well as his shattered dreams, the other people on his ward help Pete see that giving up on life is not the answer. Particularly suitable for struggling, reluctant and dyslexic readers aged 12+
Visa hela texten

Aidan Chambers was a teacher of English and Drama in secondary schools for eleven years. In 1968 he became a freelance author of fiction and a writer about and speaker on reading and literature. He is best known for a sequence of six novels of adolescence, beginning with Breaktime published in 1978 and concluding with This is All: The Pillow Book of Cordelia Kenn, published in 2005. The Carnegie Medal was awarded to the fifth book in the sequence, Postcards from No Man's Land (1999), and in 2002 he received the Hans Christian Andersen Medal for the body of his work.