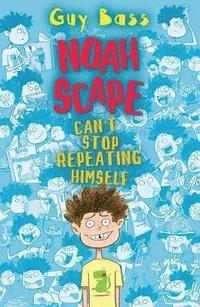 "Like everything Bass writes it's super readable, firmly based in children's own experiences and very, very funny" -- LoveReading4Kids "A short, pacey book ... will maintain their interest throughout" -- Books for Keeps "An entertaining story packed with fun scenarios ... I loved the succinct characterisation" -- Madge Eekal Reviews

Guy Bass is an award-winning author, whose children's books series include Stitch Head, The Legend of Frog, Dinkin Dings, Atomic! and Secret Santa: Agent of X.M.A.S. Guy has also written plays for both adults and children. Before becoming a full-time writer, he previously worked as a theatre producer, illustrator, temp, gerbil whisperer and has acted his way out of several paper bags.