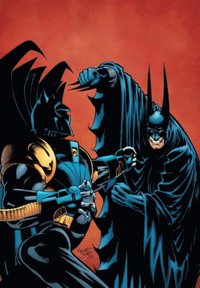 Chuck Dixon's work has included Batman Chronicles, Legends of the Dark Knight, Birds of Prey, Catwoman, Captain America and Punisher War Journal. Alan Grant has crafted some of the best Judge Dredd story arcs for 2000AD and is a regular writer of Batman: Shadow of the Bat. He lives in Scotland. Jim Aparo was an American comic book artist best known for his 1960s and 1970s DC Comics work, including on the characters Batman, Aquaman and the Spectre.