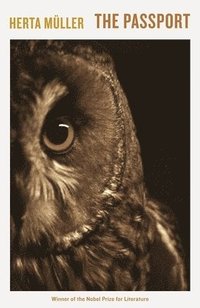 av Herta Muller
Häftad Engelska, 2015-12-03
119
Köp
Spara som favorit
Skickas inom 5-8 vardagar.
Fri frakt inom Sverige över 159 kr för privatpersoner.
From the winner of the Nobel Prize for Literature 2009 'Just as the father in the house in which we live is our father, so Comrade Nicolae Ceausescu is the father of our country. And just as the mother in the house in which we live is our mother, so Comrade Elena Ceausescu is the mother of our country. Comrade Nicolae Ceausescu is the father of our children. All the children love comrade Nicolae and comrade Elena, because they are their parents.' The Passport is a beautiful, haunting novel whose subject is a German village in Romania caught between the stifling hopelessness of Ceausescu's dictatorship and the glittering temptations of the West. Stories from the past are woven together with the problems Windisch, the village miller, faces after he applies for permission to migrate to West Germany. Herta Muller describes with poetic attention the dreams and superstitions, conflicts and oppression of a forgotten region, the Banat, in the Danube Plain. In sparse, lyrical language, Herta Muller captures the forlorn plight of a trapped people. This edition is translated by Martin Chalmers, with a new foreword by Paul Bailey. Also by Herta Muller: Nadirs, The Land of Green Plums, The Appointment, and The Hunger Angel.
Visa hela texten

With the concentration of poetry and the frankness of prose, Muller depicts the language of the dispossessed -- Jury of the Nobel Prize for Literature Appropriately on the side of underdogs from Ceausescu's dystopia to Ukrainian labour camps ... so opening the eyes of non-German readers to new worlds. And that, from Beowulf to Muller, is a noble as well as a Nobel function of literature * The Times * Especially now, 20 years after the fall of the Berlin Wall, it's a beautiful signal that such high quality literature and this life experience are being honoured * Angela Merkel * [Muller's] dark, closely observed and sometimes violent work often explores exile and the grim quotidian realities of life under Ceausescu... Her sensibility is often bleak, but the detail in her fiction can whip it alive * New York Times * Graphically observed... forces the reader to confront the complex tapestry of Eastern European history in the late 20th Century. And although the author left Romania in the 1980s, she remains interested in the issues of oppression and exile, which makes her a universal writer -- Razia Iqbal, BBC Arts Correspondent Muller is courageous and has summoned her surrealist imagination to brilliant effect when exposing the horrors of totalitarianism... The Passport, which was published in Berlin in 1986, months before she fled Romania, is an almost allegorical elegy of village life dominated by the need to escape.... Muller uses the quality of European folk tale to brilliant effect. Set in a German village in Romania where the people dream of a different life in the West, the story is true to any country in which fantasy is the only escape from oppression... Politics and truth-telling, the courage of the witness and the weight of the message often decides the Nobel Literature Prize; in Herta Muller all of these elements are present, yet so too is the artist as the lone voice beckoning, intent on telling a story, on shaping a word picture -- Eileen Battersby * Irish Times * Muller has an eye for the surreal detail of a police state and has made it into strong, muscular literature * The Times * Praise for The Passport: A phenomenal, moving and humbling novel, perhaps the most memorable read of the autumn * Frankfurter Allgemeine Zeitung * Herta Muller's language is the purest poetry. Every sentence has the rhythm of poetry, indeed is a poem or a painting * Nurnerger Nachrichten * Herta Muller portrays a community that is breaking up, a dying village whose German inhabitants all seek to emigrate. At the centre stands the miller Windisch waiting for his passport. Bribing the mayor with sacks of flour proved in vain - so, now, in a rage of helpnessness, he has to allow his daughter to visit the militiaman and the priest, to search for passports and baptismal certificates in their beds. The dirty realities of a totalitarian state... a chilling, far-sighted and lyrical graveside speech for a sad village in a sad land * Neue Zurcher Zeitung * Praise for The Land of Green Plums: A novel of graphically observed detail in which the author seeks to create a sort of poetry out of the spiritual and material ugliness of life in Communist Romania * New York Times * A powerful autobiographical account, The Land of Green Plums... will linger on in the mind * Guardian * The Land of Green Plums is a miracle, a fearless human testimony which operates through the combined force of Muller's tight, understated eloquence * Irish Times * If W G Sebald's The Emigrants suggested there are still new ways of writing about exile and the Holocaust, The Land of Green Plums promises similar possibilities for the literature of the Iron Curtain * Literary Review * Praise for The Appointment: A brooding, fog-shrouded allegory of life under the long oppression of the regime of Nicolae Ceausescu * New York Times * [The Appointment] Muller scatters narrative bombshells across a field of dreams * San Francisco Chronicle * What heightens this bleak vision is her

Herta Muller was born in Timis, Romania in 1953. A vocal member of the German minority, she was forced to leave the country in 1987, and moved to Berlin, where she still lives. In 2009 she won the Nobel Prize for Literature.