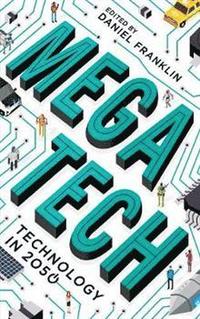 av Daniel Franklin
Häftad Engelska, 2018-02-01
139
Köp
Spara som favorit
Skickas inom 3-6 vardagar.
Fri frakt inom Sverige över 159 kr för privatpersoner.
Finns även som
Visa alla 1 format & utgåvor
Technology moves fast - so where will it have taken us by 2050? How will it affect the way we live? And how far are we willing to let it go? In Megatech, distinguished scientists, industry leaders, star academics and acclaimed science-fiction writers join journalists from The Economist to explore answers to these questions and more. Twenty experts in the field, including Nobel prize-winner Frank Wilczek, Silicon Valley venture-capitalist Ann Winblad, philanthropist Melinda Gates and science-fiction author Alastair Reynolds identify the big ideas, fantastic inventions and potentially sinister trends that will shape our future. Join them to explore a brave new world of brain-computer interfaces, vat-grown cruelty-free meat, knitted cars and guided bullets. The writers predict the vast changes that technology will bring to everything from food production to health care, energy output, manufacturing and the military balance. They also consider the impact on jobs, and how we can prepare for the opportunities, as well as the dangers, that await. Thought-provoking, engaging and full of insight from the forefront of tech innovation, Megatech is essential reading for anyone who wants to understand tomorrow's world.
Visa hela texten

A fascinating book ... the fact that every idea, no matter how awe-inspiring, is grounded in realism, makes this release a resounding success. * How It Works * With Contributions from: Professor Frank Wilczek Dr Rob Carlson Alastair Reynolds Professor Giannico Farrugia Ann Winblad Tom Standage Melinda Gates -- and more Praise for Megachange: 'If you want to know what the future may look like, here it is. A brilliantly well informed guide - all I can say is wow.' -- Chris Patten

Daniel Franklin is Executive Editor of the Economist and editor of the Economist's annual publication, 'The World in...', which focuses on the year ahead. Since joining the Economist in 1983, he has written about Soviet and East European affairs, covered great European upheavals - from the collapse of communism to the signing of the Maastricht treaty - and been Britain Editor and later Washington Bureau Chief in the US. He is co-editor of Megachange (Economist Books, 2012).