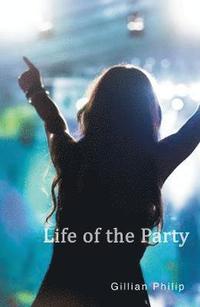 Life of the Party

av Gillian Philip
Häftad Engelska, 2019-01-01
9-12 år
95
Köp
Spara som favorit
Skickas inom 7-10 vardagar.
Fri frakt inom Sverige över 159 kr för privatpersoner.
Chloe is the life and soul of the party. Her mates are always seeing her out with a drink or two, having a good time. Life is good. Chloe is the life and soul of the party, until she starts lashing out. Steph and the gorgeous Rob Yeadon accuse her of drinking too much. What will it take for Chloe to admit to the truth? Republished as a new edition, this book is one of the Shades 2.0 series. This book is perfect for reluctant teens who still want an exciting, unpatronising story that is relevant to their interests and concerns, but who don't want to read a longer novel. With a length of only 6,000 words, and filled with drama, this story will appeal to all reluctant teen readers.
Visa hela texten

Bloggat om Life of the Party

Gillian Philip is a full-time author and freelance writer who has published multiple book series and short stories. Her writing has led to her speaking at several events including the Edinburgh International Book Festival, Stratford-upon-Avon Literary Festival and the Bloody Scotland Crime Festival. In addition, she has toured the country and given workshops to schoolchildren. Gillian has been nominated for awards such as the Carnegie Medal, the Scottish Book Award and the North East Teenage Book Award.